In line with government guidelines, our staffed sites remain closed in the interests of public health. It is now clear that we will not be able to re-open on 1 May as we had originally hoped. Instead we will re-open as soon as government advice allows and only when we can ensure the safety of our visitors and our staff and volunteers.

Set on a high rock above the River Tees, Barnard Castle takes its name from its 12th century founder, Bernard de Balliol. It was later developed by the Beauchamp family and then passed into the hands of Richard III.

With fantastic views over the Tees Gorge this fortress sits on the fringe of an attractive working market town also known as ‘Barney’ so there is plenty to do for families on a day out. Try and spot Richard's boar emblem carved above a window in the inner ward or visit the 'sensory garden' of scented plants and tactile objects. 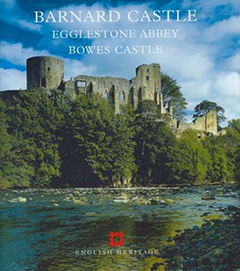