The village of Stanton Drew preserves the third largest complex of standing stones in England, built about 4,500 years ago.

Perhaps because it lies off the beaten track, its remarkable prehistoric stone circles have not received the same level of interest and exploration as the more famous examples at Avebury and Stonehenge. Yet recent surveys have revealed that the circles and cove were part of a much more elaborate and important ritual site than had previously been imagined. 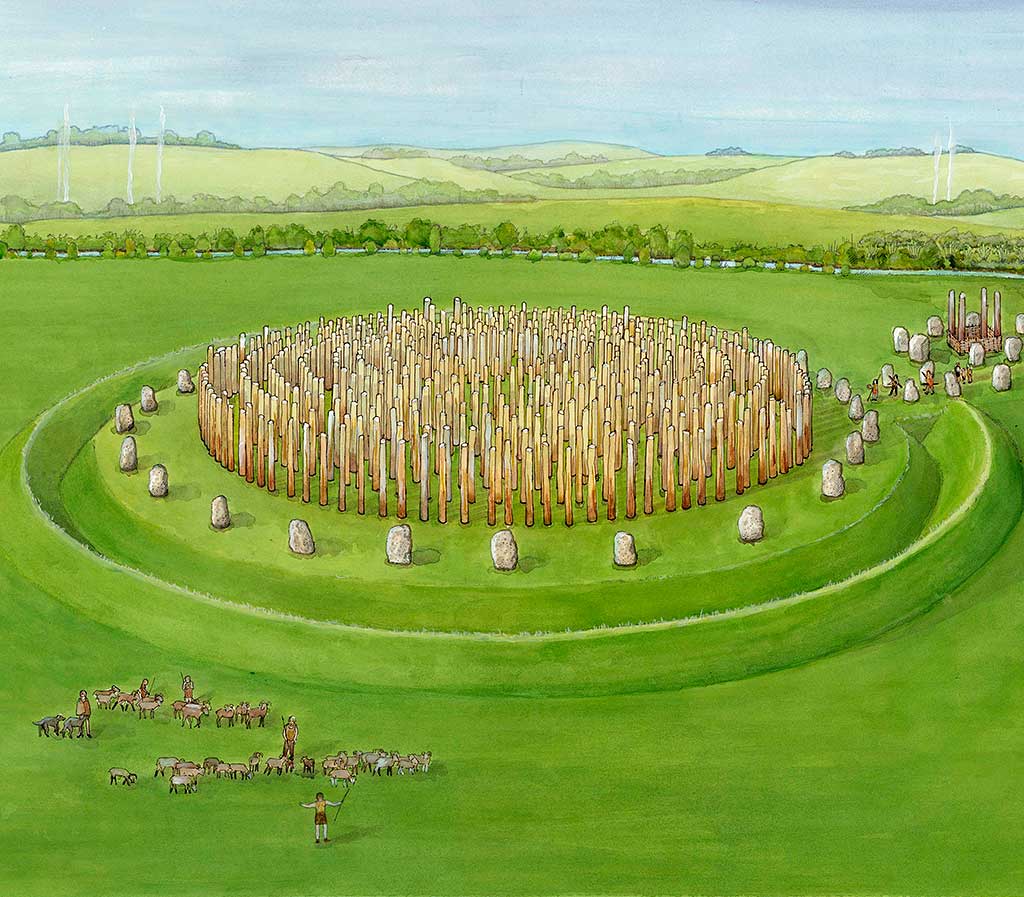 There are three stone circles at Stanton Drew, one large and two small.  They have never been excavated, so it is difficult to say exactly how, why and when they were built. However, based on comparison with other stone circles and timber monuments, it is likely that they were constructed as ceremonial monuments around 2500 BC, during the late Neolithic period.

The Great Circle, at 113 metres (370 feet) across, is one of the largest in the country. It has 26 surviving upright stones, although there may once have been many more.

Geophysical surveys, which detect features under the ground, have revealed that the monument would have looked very different 4,500 years ago. Inside the circle were nine concentric rings of wooden posts, each standing several metres tall. Although similar timber circles are known elsewhere, such as Woodhenge, this is the largest and most complex timber monument known in the British Isles.

Surrounding the stones would have been a large and deep circular ditch, 6–7 metres (20–23 feet) wide and about 135 metres (440 feet) in diameter, probably with one or two banks, making it a henge monument. A 50-metre (164-foot) gap on the north-east side formed a wide entrance. 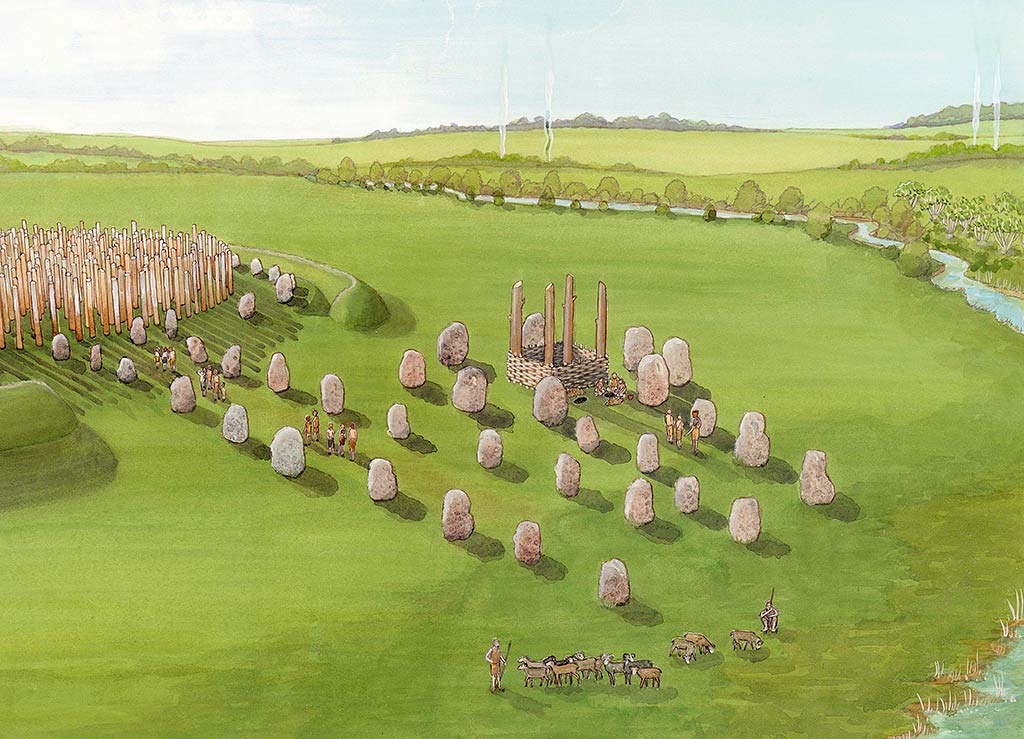 A reconstruction of the north-east circle at Stanton Drew. Within it, four enormous timber posts once stood in a square. To the left is part of the Great Circle
© Historic England/English Heritage Trust (illustration by Jennie Anderson)

The other two circles, to the south-west and north-east, are smaller. The remains of the north-east circle, even though it is the smallest of the three, include some of the largest and heaviest blocks of stone, which would have required many people to move.

Within this circle, geophysical surveys have shown that four enormous timber posts once stood in a square.

This is a type of monument built across Britain and Ireland during the late Neolithic period, sometimes called ‘square-in-circle’ or ‘four-poster’ sites. It is not yet understood whether these were buildings, raised platforms or some other form of ceremonial structures.

The three circles stand on the floodplain of the river Chew. Both the Great Circle and the north-east circle were approached by short ‘avenues’ (parallel lines) of standing stones leading down towards the river. Most of these have now fallen.

In the garden of the village pub is a group of three large stones called The Cove. Ritual ceremonies probably took place here.

The lumpy and irregular stones are Dolomitic Conglomerate, a coarse-grained rock probably brought here from an area of the Mendip Hills about 3 miles south-west. Similar free-standing coves can be found within the stone circles at Avebury in Wiltshire and once stood at Mount Pleasant Henge in Dorset.

There are several other standing or large stones in the area. To the north, across the river Chew, is the stone known as Hautville’s Quoit, and to the west once stood the Tyning Stones. These stones may have formed part of the monument complex.

The circles were probably first noted by the famous antiquarian John Aubrey in 1664. He recorded that the villagers were breaking stones with sledge-hammers and was told that several had been removed in recent years.

The first detailed map and drawings were made by William Stukeley in 1723. The circles remain very much as he recorded them, although his plan shows the stone circles divided among fields and orchards.

In the absence of many facts about them, the stones have attracted a rich tradition of folklore. Some of the legends around them are explored in the gallery below. 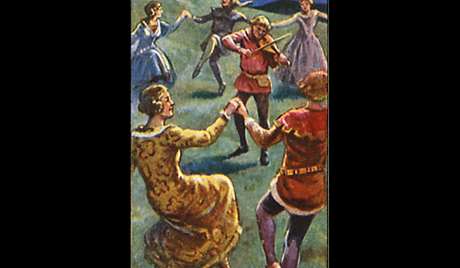 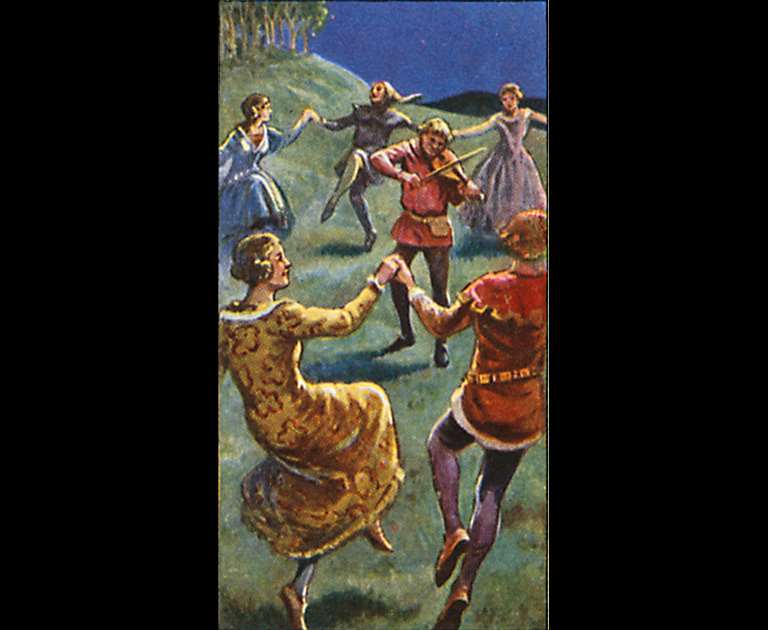 The most persistent tale is that on a Saturday night, a wedding party danced in the meadow. The fiddler stopped playing at midnight because he didn’t want to perform on a Sunday, but a handsome replacement – the Devil in disguise – started playing instead. He played faster and faster until the exhausted dancers fell over and were turned into stone. (© Look and Learn) 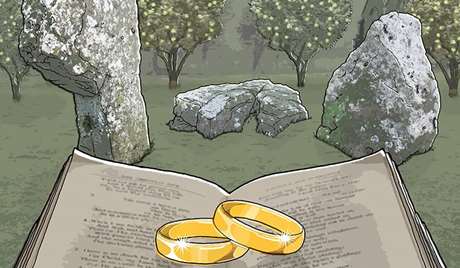 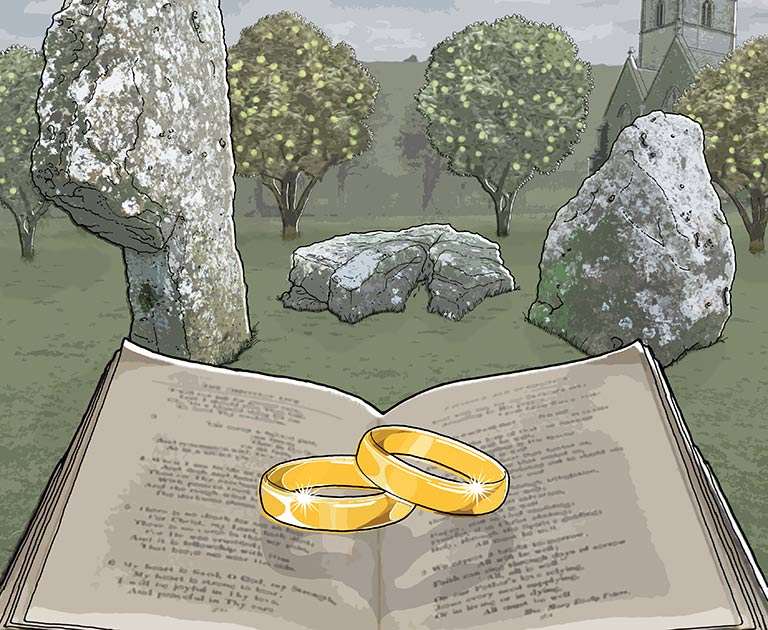 A similar legend has it that the three stones of the Cove are a parson, bride and bridegroom also turned to stone by the Devil, because their wedding guests danced on a Sunday. John Aubrey notes in 1664 that local people called the stones ‘The Wedding’ and mentions individual stones called the Bride, the Parson’s Stone and the Cooke’s Stone. 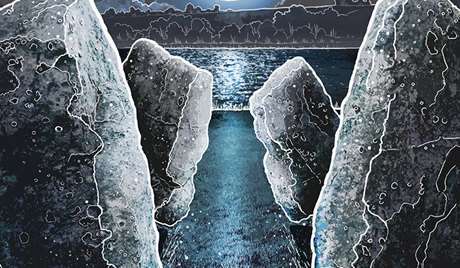 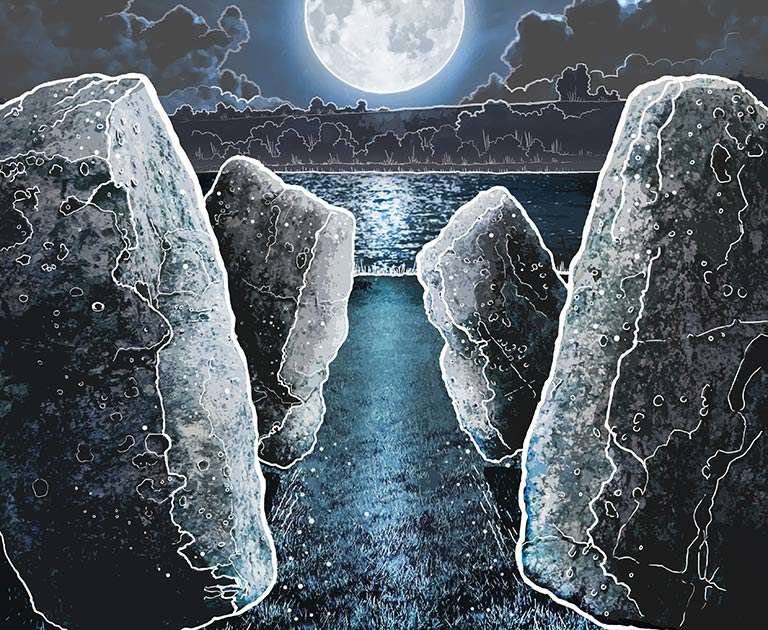 Local legend says that at midnight on the sixth day after a full moon, the stones come alive and can be seen walking down to the river to take a drink. This is another piece of folklore collected by John Aubrey in 1664. 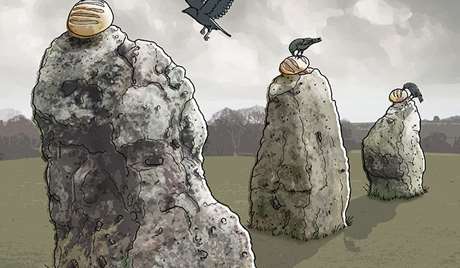 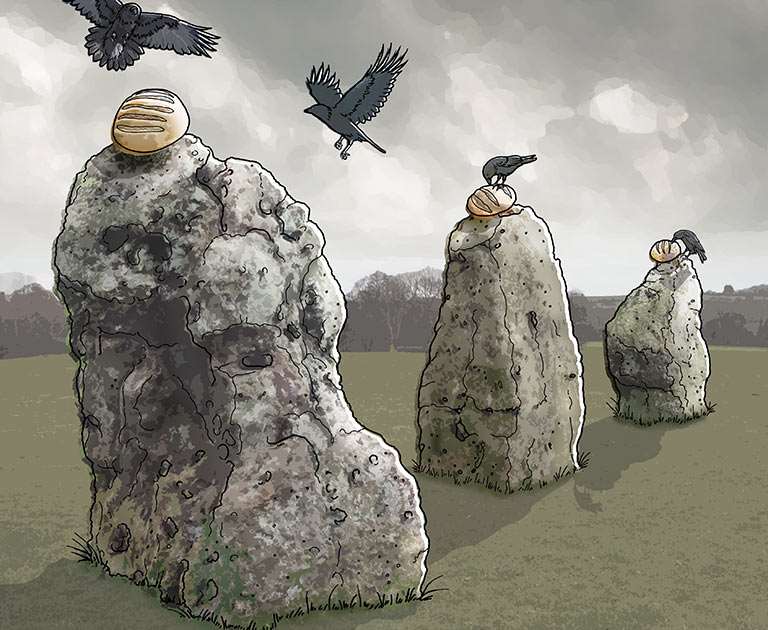 It’s said that anybody who tries to count the stones will fall ill or even die. This belief was recorded by John Wood in 1749. His own attempt was followed by a violent thunderstorm which the villagers attributed to his effort to count the stones. One story, related by Walter Thornbury in 1861, tells how a baker once placed loaves of bread on each stone to help him count. Every time he turned his back the loaves had mysteriously disappeared.