Thetford, Church of the Holy Sepulchre

History of the Church of the Holy Sepulchre, Thetford

This ruined church was part of a medieval monastery known as the Priory of the Holy Sepulchre, one of only six English houses of this small monastic order. The surviving building is the nave, which dates to the 14th or 15th century.

The priory was founded in the 12th century by William de Warenne, Earl of Surrey, who had been granted land here by the king.

The church, which is all that remains of the 12th-century priory
© JohnArmagh / CC BY-SA (https://creativecommons.org/licenses/by-sa/3.0)

History of the priory

In the Middle Ages Thetford – which was one of England’s main towns in the 11th and 12th centuries – had about ten monastic houses and hospitals, and more than a dozen parish churches. William (III) de Warenne (c.1119–1148) may well have founded this priory in 1146 when he ‘took the Cross’, promising to go the Holy Land to participate in the Second Crusade. He chose the Canons of the Holy Sepulchre to staff his new priory. They were priest-monks who looked after pilgrims and served at churches in the Crusader kingdom of Jerusalem, including at the tomb of Jesus in the Church of the Holy Sepulchre.

The half-dozen canons of Thetford had several duties. They performed a daily cycle of church services, they raised money for their brethren in Jerusalem, they prayed for the soul of their founder (who died in 1148, while on crusade) and they provided spiritual services, including prayer and masses, for the people of Thetford. 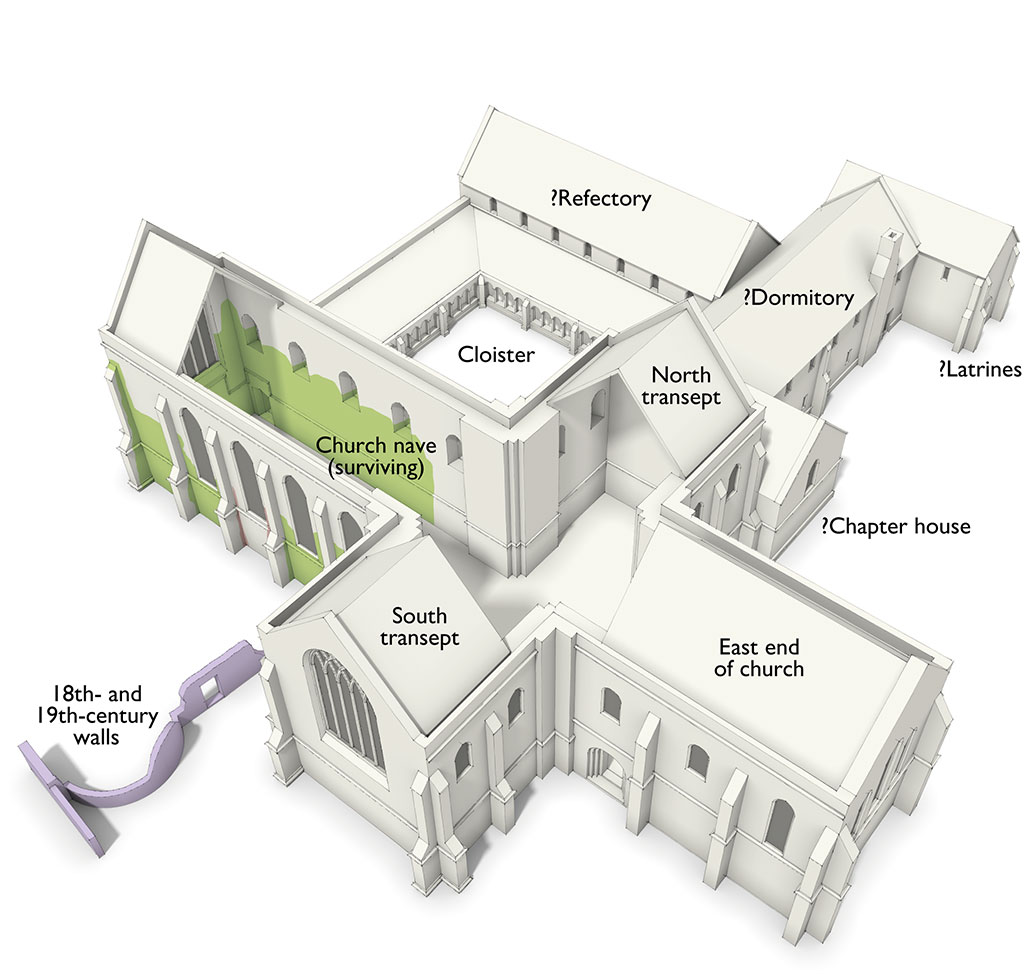 A reconstruction drawing of the Church of the Holy Sepulchre, Thetford, in the 15th century
© Historic England/English Heritage Trust (illustration by Carlos Lemos)

Description of the building

The surviving building, the nave, was the western arm of a cruciform (cross-shaped) church: foundations of this larger church were revealed in archaeological excavations in 1969. Inside the nave, the north-west doorway once led into the monastic cloister. Several blocked windows and the blocked west doorway can also be seen.

Architectural fragments from the vanished choir and transepts survive. Several can be seen built into the doorway at the east end of the nave (when it was rebuilt in the 18th century) and others, now held in store, have been conserved by English Heritage. You can see a selection of these in the gallery below.

The priory had many other buildings in the Middle Ages, including the cloister ranges where the canons slept and dined, a porter’s gate lodge and several agricultural buildings. An adjacent 16th-century barn on Brandon Road, quite possibly part of the late medieval priory, survived until its demolition in the 1970s.

The only other surviving part of the priory is the stone boundary wall, a short distance to the south-east of the church (on the north side of the School Plain green). 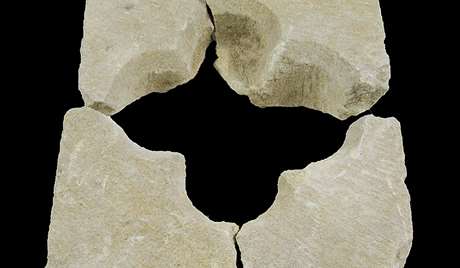 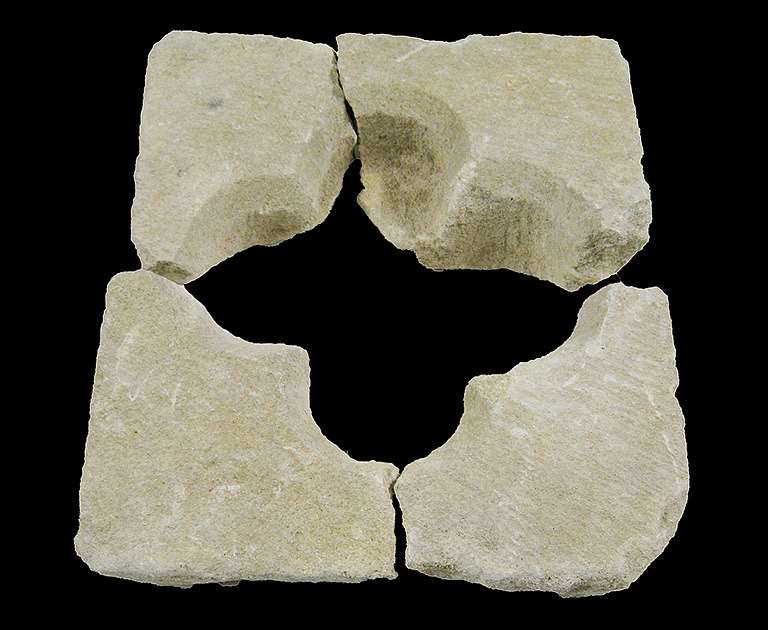 These four fragments form a ‘quatrefoil’ shape, probably from a medieval tomb within the church. This and the other fragments shown here are held at the English Heritage Archaeological Store at Wrest Park, Bedfordshire.. 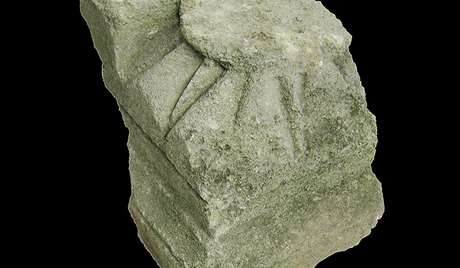 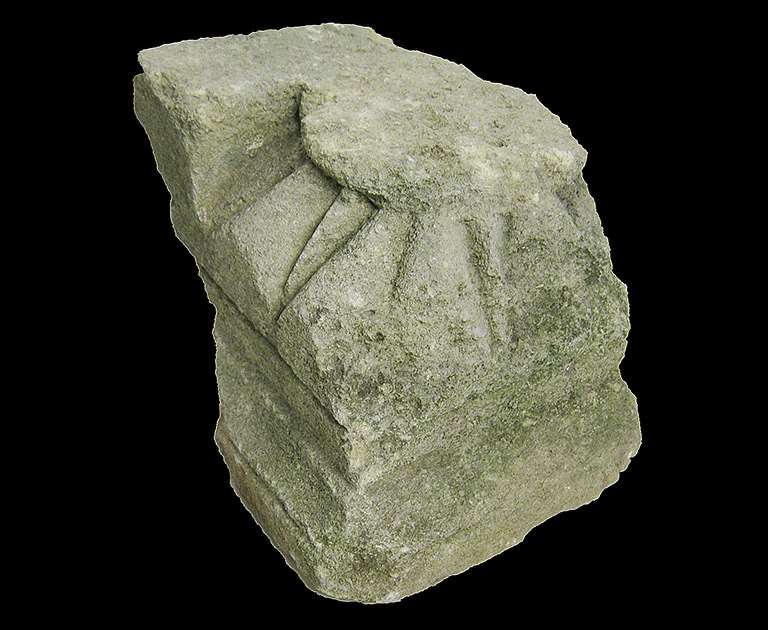 This Romanesque (12th-century) capital with scallop decoration would have been set the other way up, fixed to the top of a column. 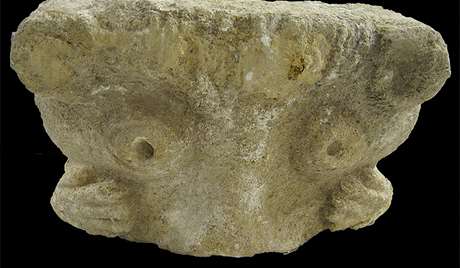 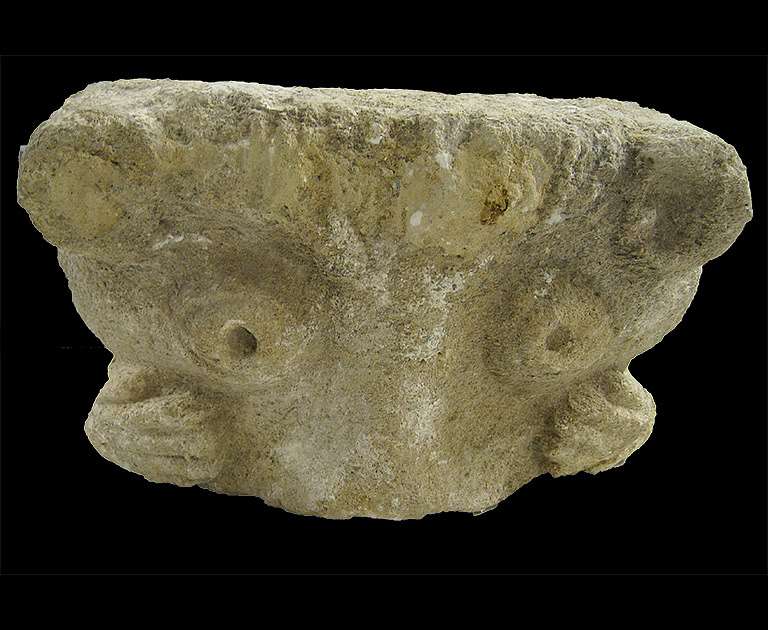 A fragment of a medieval gargoyle. 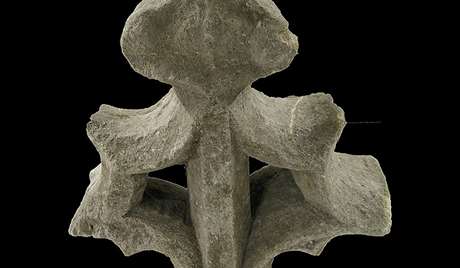 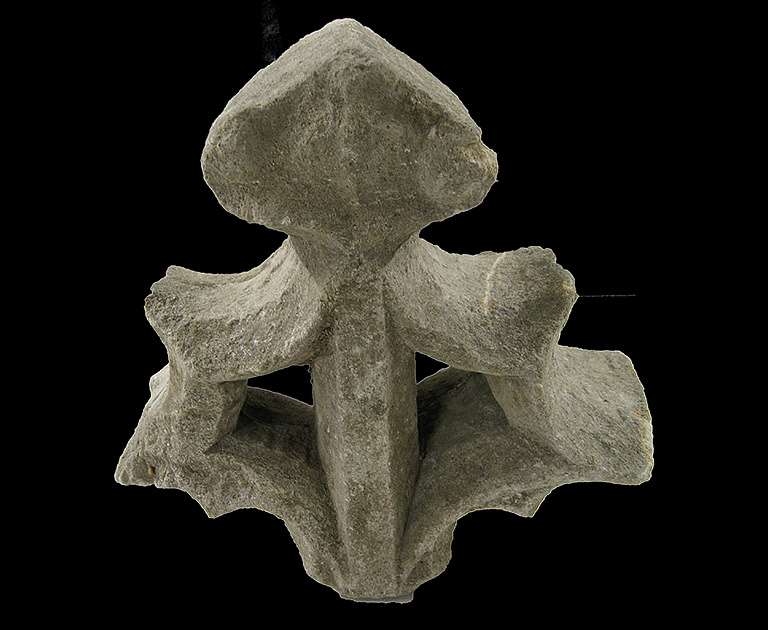 This fragment is from the top of a stone cross, perhaps from a tomb.
View of Canons Farm looking north-west from Brandon Road in 1779.The nave of the church (right) has been converted into a barn; a smaller farm building (one wall of which survives) connects the barn to the road. A second barn (left), which may be late medieval, survived until the 1970s

From priory to farm

The Priory of the Holy Sepulchre was closed in 1536, as one of the smaller religious houses that were the first to be closed during Henry VIII’s Dissolution of the Monasteries. The site was sold and became a farm, appropriately known as Canons Farm.

By the 18th century the eastern part of the church had collapsed. The better-preserved nave was converted into a barn, by building a wall to close off the east end of the nave. Large arched doorways for carts were knocked through the south and north walls. These survive but have since been blocked with stone and brick.

View of the flint grotto added to the nave in the mid-19th century, as part of a fashionable garden of rockery and ruins

In the mid-19th century a garden of lawns and rockeries was created for Henry Bartlett, mayor of Thetford and owner of Canons Farm.

The ruined monastic church – by this time considered a fashionable landscape feature – was enhanced with the addition of a flint grotto, which was attached to the south-east corner of the nave. The grotto may have been roofed or domed to imitate a cave and was probably covered with ivy, climbing plants or ferns.

Bartlett also incorporated several architectural fragments from the 12th-century Norman church in a rockery inside the ruined nave. These are now conserved at the English Heritage Archaeological Store at Wrest Park.