The Lead Figurine of an African Warrior

Roman art objects depicting black Africans are relatively common on the Continent but less so in Britain. New research into a figurine of an African found a century ago at Wall Roman Site, in Staffordshire, has resulted in a reinterpretation of its identity. At one point thought to be a representation of an enslaved person, and later a wrestler, the figurine is now believed to be that of an African warrior. Its new identification speaks to us about the early history of the black African presence in Britain.

A bronze figurine of an African youth depicted as an artisan, from the 3rd to 2nd century BC
© Public Domain, from the collection of The Metropolitan Museum of Art, New York

Images of Africans in Ancient Greek and Roman Art

In ancient Greece, black Africans became popular subjects for works of art such as sculpture and decorative ceramic vessels from the 6th century BC. This tradition carried on into the Roman period, when the use of images of Africans in art gained in popularity as encounters between people in the Classical world and indigenous groups south of the Sahara increased. The subjects of these later works portraying Africans range from generic figures of athletes, performers and servants, to commissioned portraits of notable individuals such as orators and politicians.

As the Roman conquest of Britain (AD 43–83) brought new territories into the Empire, Roman tastes in art travelled with the troops and other officials, and were often absorbed by people in the provinces. In Gaul, small, portable figurines of black African performers and athletes became particularly popular, and as the Roman army moved across the Channel, some of these figurines went with them. There are five Roman-period figurines of Africans known in Britain, including the one found at Wall in the 1920s, and most of them were probably made in Gaul.

Wall is a small Staffordshire village immediately adjacent to two major roads, the A5 and the M6 Toll Road, the modern versions of the important early Roman road, Watling Street. Roman marching camps of the 50s AD and forts of the 50s, 60s and 70s AD at this strategically important location rapidly gave way to a mansio (an official guest house) in around AD 80. A substantial baths suite was added soon after, and a small town, known as Letocetum, developed around this core of official facilities.

Within Wall’s extensive wider landscape are many individual Roman sites – military, civilian and industrial. The locations of two cemeteries are also known, beyond the city limits, as burial within them was not allowed by Roman law. In the 1920s a few local people with an interest in antiquities were investigating the late 1st to early 2nd century AD cemetery on the west side of Wall, and though no account of its discovery was ever recorded, it is probable that the figurine was found there, included as a grave good in an interred cremation burial. Grave goods were significant possessions and essential supplies included in a burial to help the deceased pass over into the realm of the dead.

Later in the 1920s, a more professional excavator, HR Hodgkinson, worked in the same cemetery and published a useful account of his findings. In it he described the methods of Roman burial practices he had observed there: any bones that had survived the cremation process had been put in ceramic vessels which were then placed in the bottom of an open grave, often accompanied by grave goods. The ashes from the funeral pyre were then poured over and around the grave’s contents. Inclusion in such a burial may account for the partial melting of just the lower half of the figurine.

The figurine is from around the 1st century AD. It is 55mm high and made of lead, and its soft metal has been distorted by heat, the damage particularly affecting its lower half. The figurine wears an armlet on each upper arm and a necklace of large beads. There is a socket for a weapon in his right hand. Today the figurine is on display in the small museum at the site. 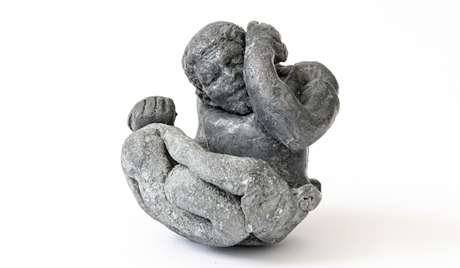 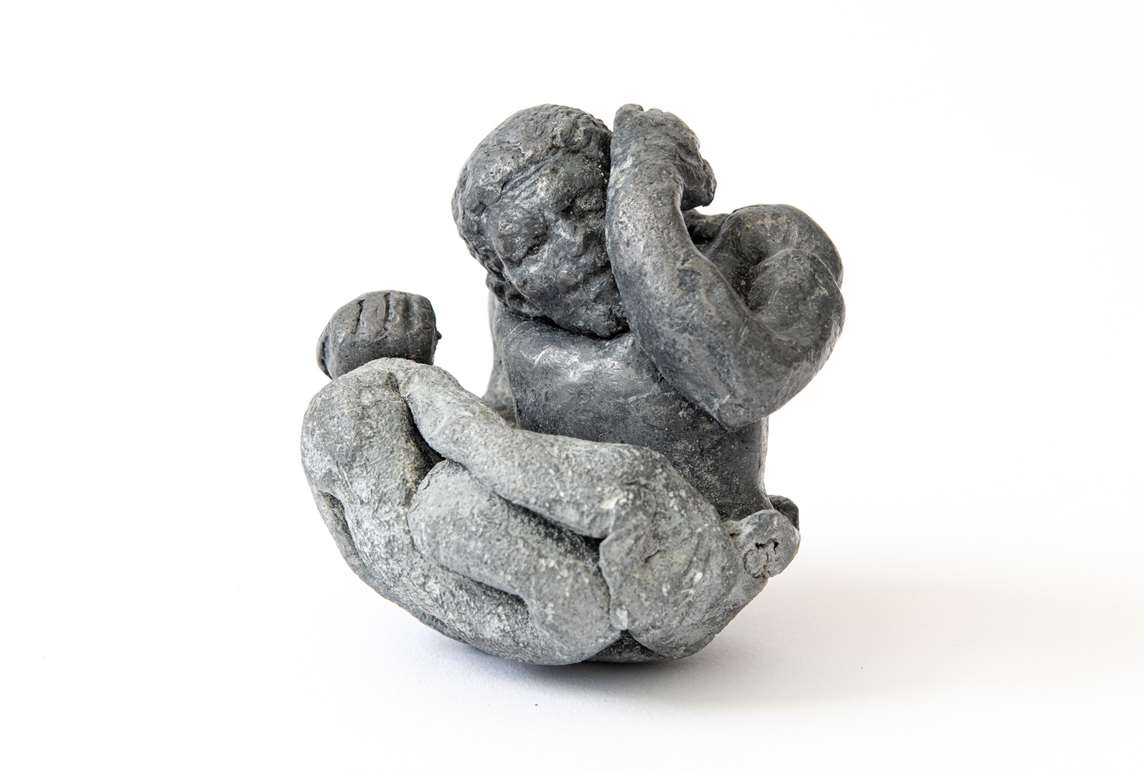 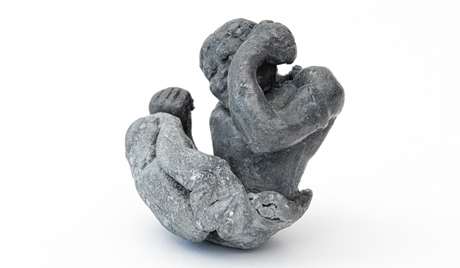 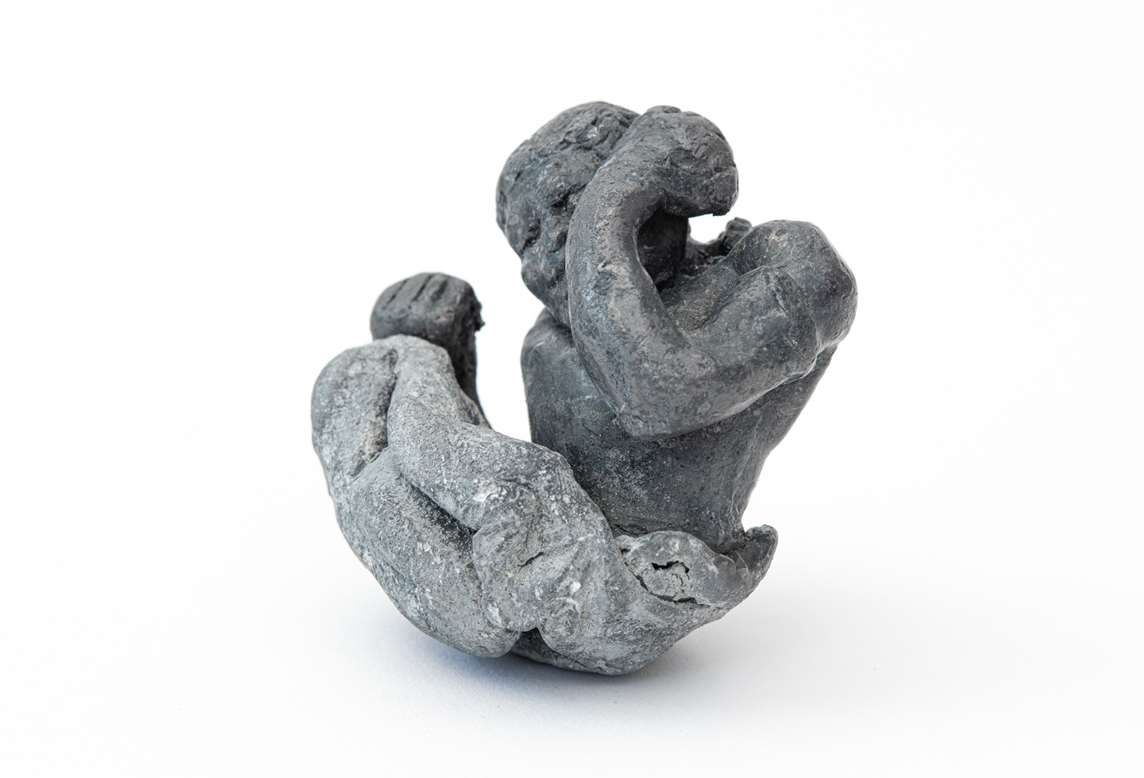 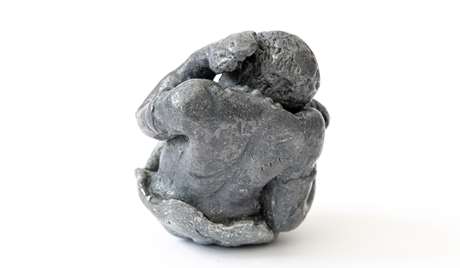 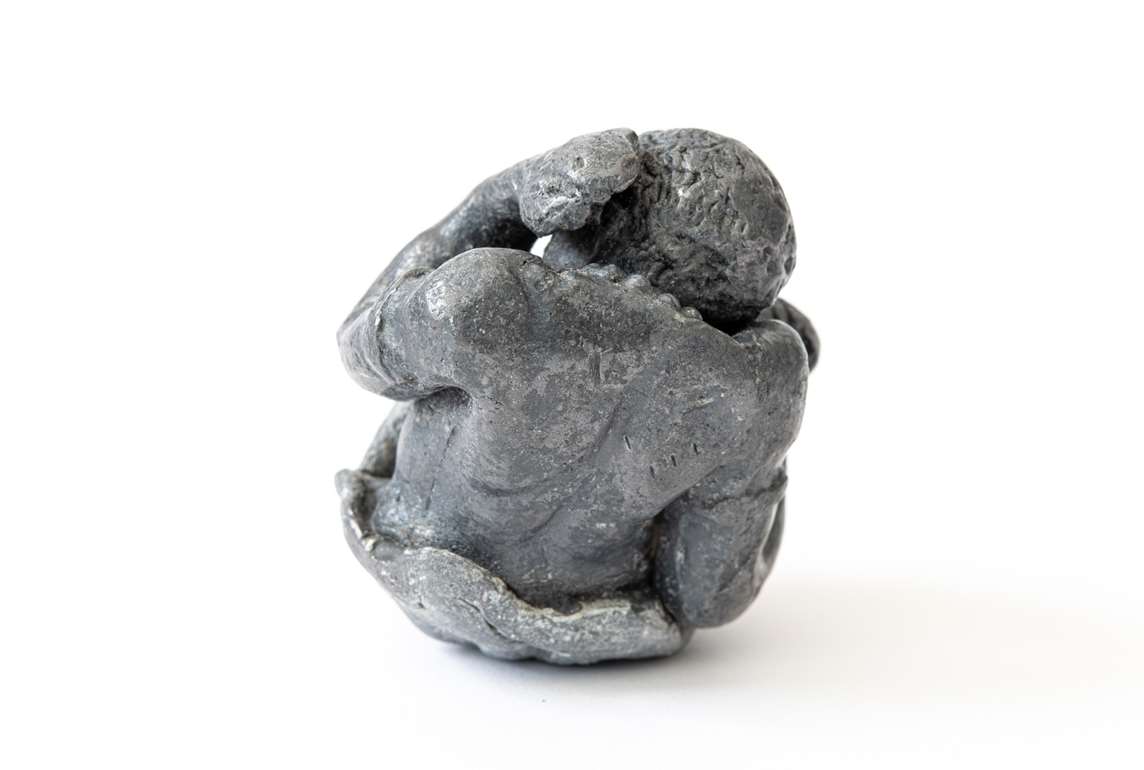 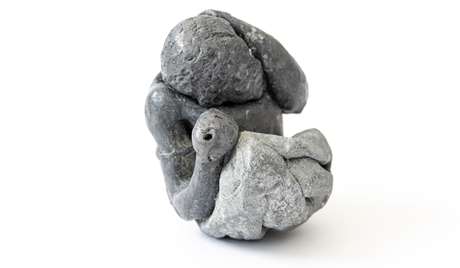 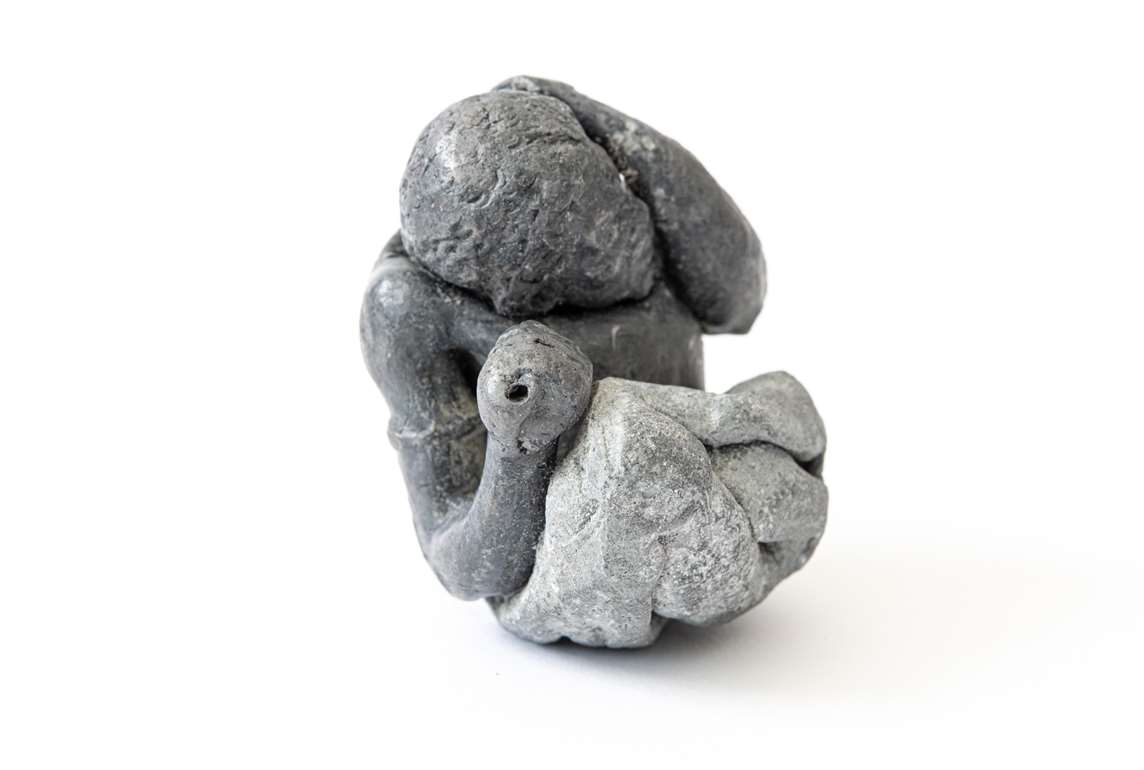 A Roman glass drinking vessel in the shape of the head of an African, from the second half of the 1st century AD (contemporary with the Wall figurine)
© Public Domain, from the collection of The Metropolitan Museum of Art, New York

When it was found in the 1920s, the figurine was assumed to be a representation of an enslaved person and his facial expression was interpreted as one of suffering. By the 1990s, understanding of this type of artwork had increased substantially and the figurine was reinterpreted as a wrestler. This was in part because there are many parallels with Roman figurines of wrestlers on the Continent, but also because in its damaged condition it looks as if the figure had originally sat on the ground with his legs folded, as a wrestler might.

While the figurine was temporarily off display in 2021, new photographs of it were taken and a previously unobserved feature was seen, which has allowed for its reinterpretation. There is a socket running through the figurine’s clenched right hand which would have held a separately cast weapon, most probably a spear.

With the addition of a spear we can now see that the figurine stood upright, holding out his weapon, rather than sitting with legs folded as previously suggested. The image of an African man shown with his spear appeared in art in the Classical period as well as more recently, and is often called the African Warrior. The figurine from Wall is now reinterpreted as a representation of that persona.

As to how the figurine came to be at Letocetum, it is very unlikely that this piece was made in Britain, though once they had been introduced, metal figurines were made here. The Wall figurine is sufficiently unusual to indicate that it was made on the Continent, but it may have come from somewhere much closer to the Mediterranean than Gaul.

During the Roman invasion of Britain huge numbers of people travelled here, originating from many different parts of the Empire. While we do not have a clear provenance for the figurine, the evidence that it was used as a grave good at Wall suggests one possible history – that an individual acquired this unusual piece of art on the Continent, travelled thousands of miles with it, and was buried with it in a foreign land.

This article is based on a longer paper, ‘The Lead Figurine of a Sub-Saharan African from Wall (Letocetum): An updated interpretation’, to be published in Vol. 53 of the Transactions of the Staffordshire Archaeological and Historical Society (2022).