Episode 3: The Medieval Massacre of the Jews of York

In 1190 one of the darkest events in York’s history took place at the site of Clifford's Tower. Trapped by an angry and violent mob, the city's entire Jewish community, who were taking refuge inside York Castle’s tower, were confronted with the impossible decision of either taking their own lives or facing the mob outside, and certain death at their hands.

Josie Long visits Clifford's Tower to learn more about this story and to try to understand how and why this terrible tragedy took place, in the third episode of Speaking with Shadows – the podcast that listens to the people that history forgot.

Visiting Clifford’s Tower in York, Josie meets curators Jeremy Ashbee and Sally Dixon-Smith to hear the story of the medieval massacre of the Jews. Also speaking to members of the York Liberal Jewish Community, Josie explores the modern parallels that can be drawn from this dark chapter in York's history and how local Jewish communities reflect on it today.

This episode contains graphic descriptions which some people may find upsetting. It is not suitable for younger listeners. 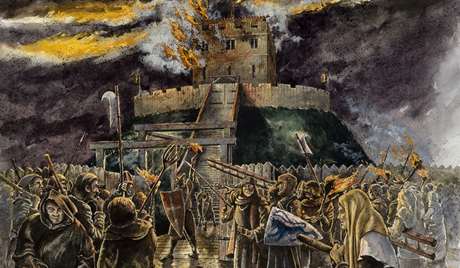 Reconstruction drawing of the massacre at Clifford's Tower in 1190 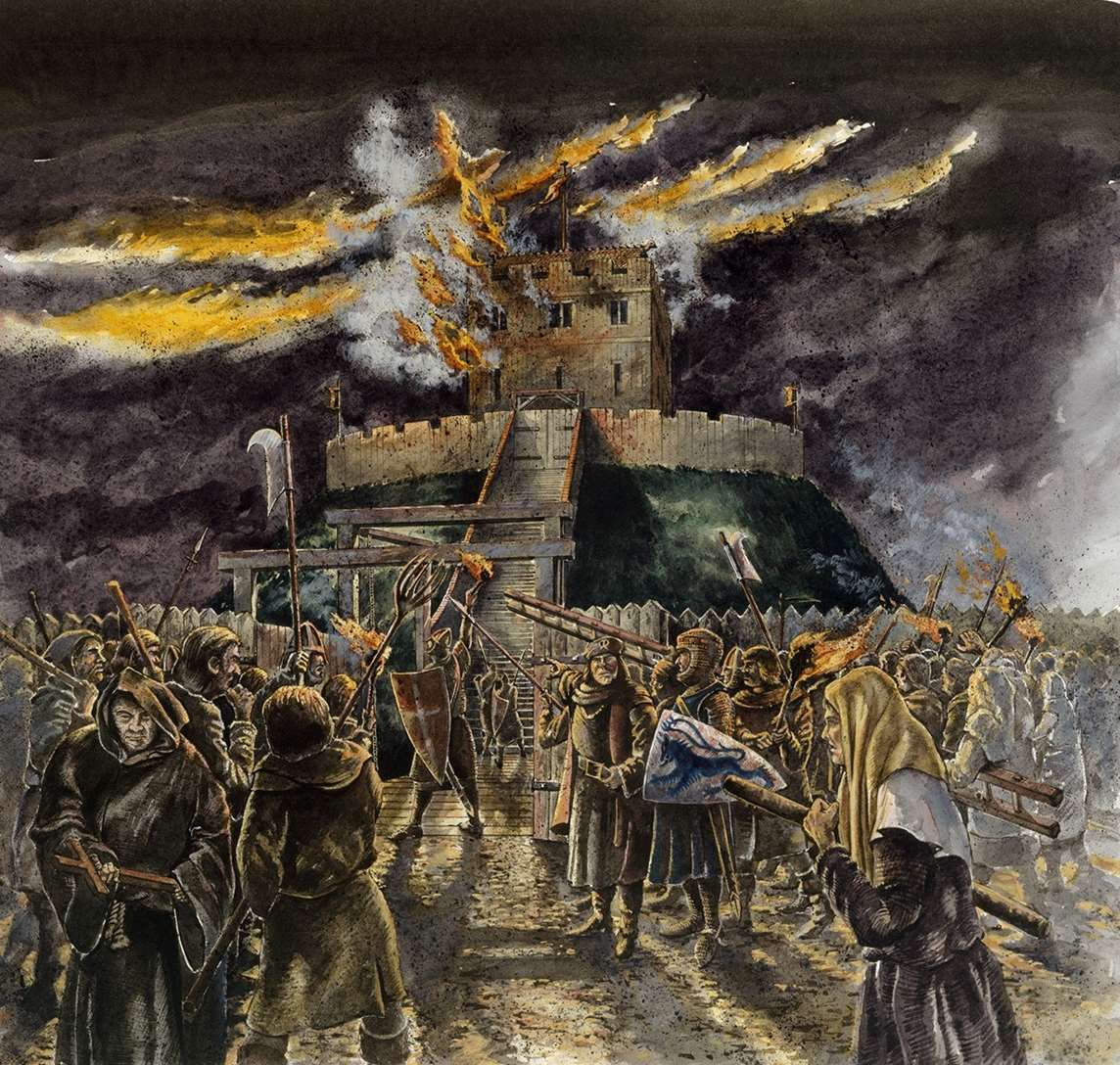 A reconstruction drawing illustrating the burning of the wooden tower during the massacre of the Jews in 1190. © Historic England (illustration by Peter Dunn) 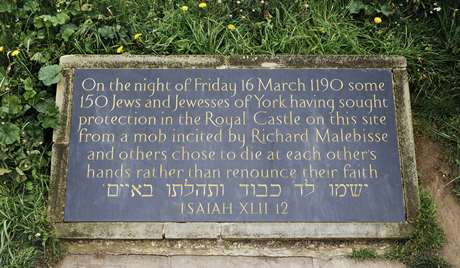 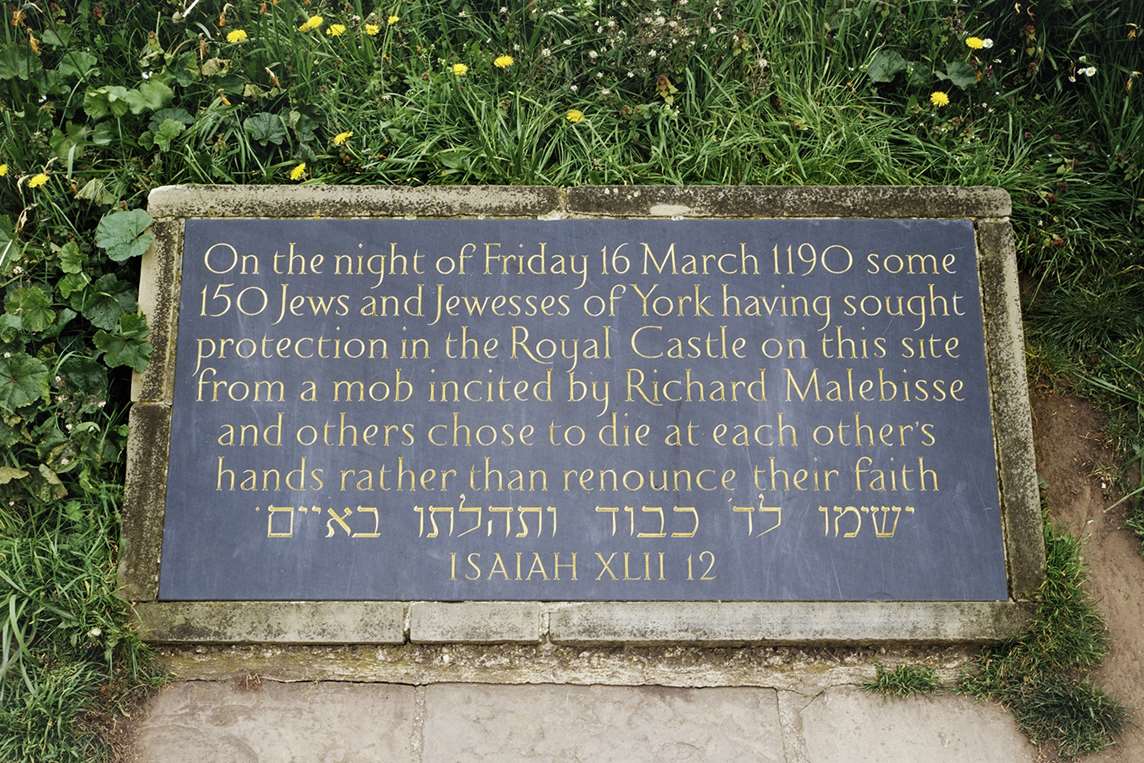 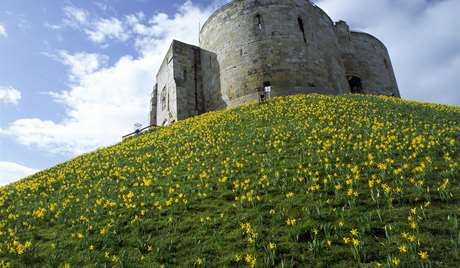 Clifford's Tower with daffodils flowering in the spring 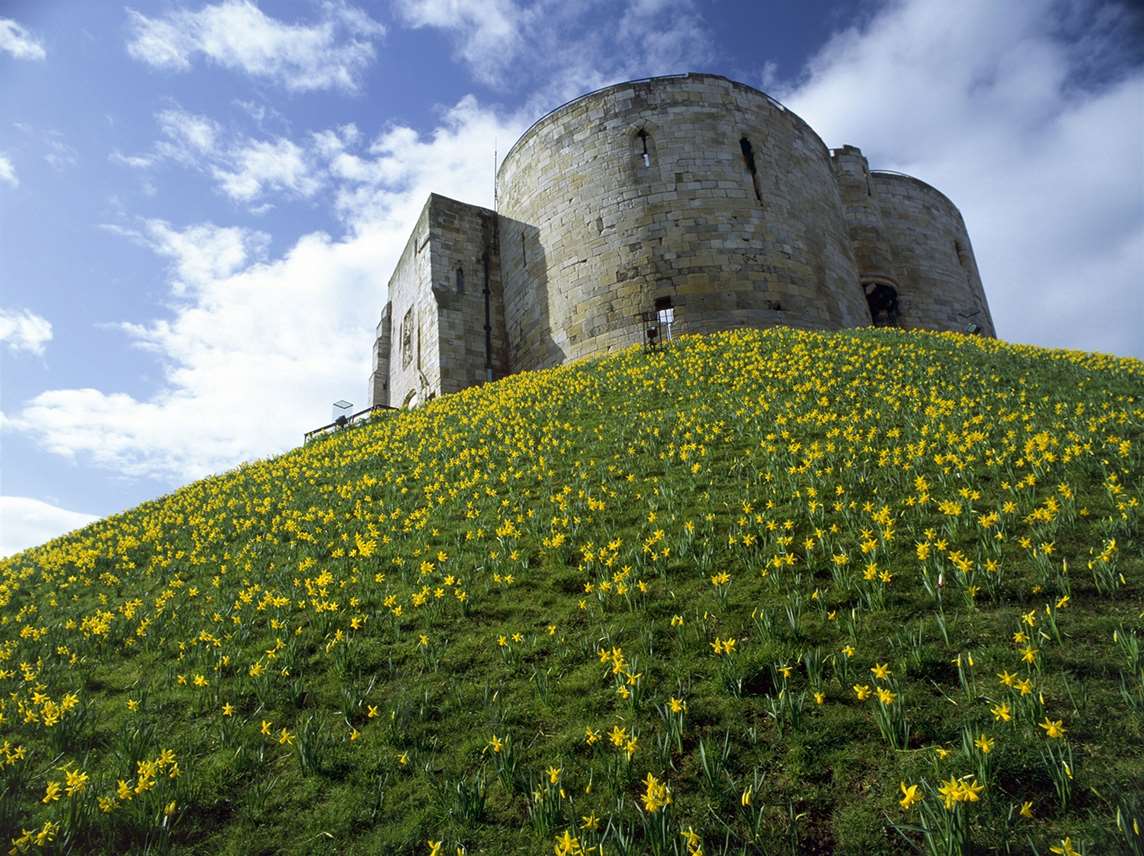 An exterior view of the tower in spring, with the mound covered in daffodils. The daffodils – whose six-pointed shape echoes the Star of David – provide an annual memorial around the anniversary of the massacre
A reconstruction of York Castle with a timber tower on its motte, as it may have looked from the late 11th century until 1190
© Historic England (illustration by Terry Ball)

Read more about the Massacre of the Jews

Read more about what happened at the site of Clifford's Tower in 1190 and explore the historical context around this tragic event. Learn about the history of the Jewish population in England, and what caused the growing hostility towards this community in the period leading up to the massacre.

Read More about the massacre at Clifford's tower

With English Heritage membership, you can enjoy a full year of free entry to over 400 historic places.