Born into Navarrese nobility, Joan became Queen of England after marrying Henry IV of England in 1402. She was wealthy, as first the widow of a duke and later a king, but unpopular in England. 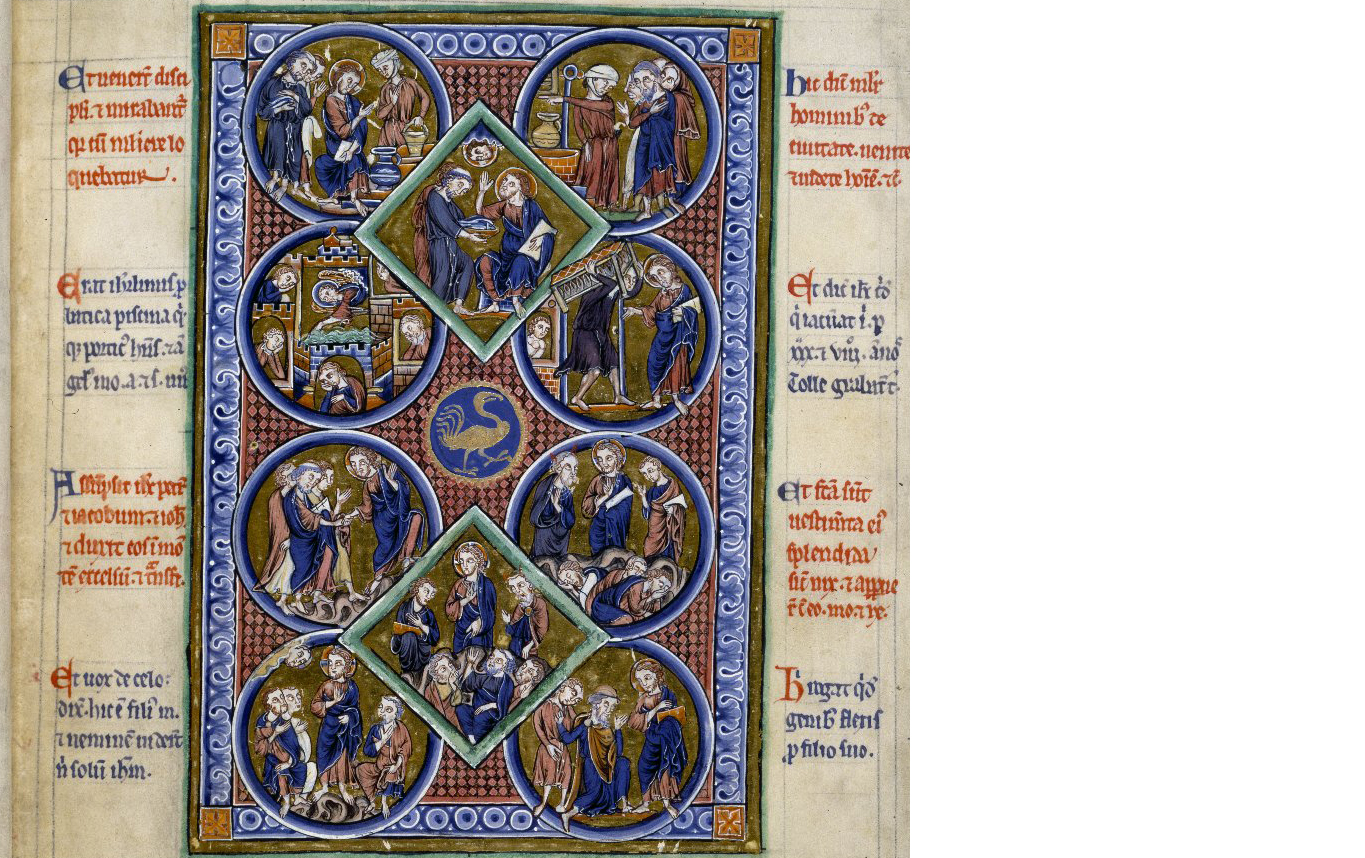 A richly decorated page from a book of psalms owned by Joan. Latin MS 22 f. 12r
© University of Manchester

Joan was born in Navarre, in modern-day Spain, to royal parents. She grew up to become an influential figure in the court politics in Brittany and England – acting as a mediator and ruling as regent in Brittany after her first husband’s death. Her mother, Jeanne de Valois, was the daughter of the king of France, and her father was Charles II, King of Navarre.

Little is known about Joan’s childhood but, like many royal children, she was used to create alliances through marriage. By the time she was 12, Joan’s father had arranged for her betrothal to the heir to the Kingdom of Castile which shared a border with Navarre. She married John de Montfort, duke of Brittany in 1382; they had had eight children in their 13-year marriage.

John de Montfort died in 1399, and Joan became regent of Brittany as her eldest son was too young to rule at just nine years old. In 1402 she married Henry IV of England and was crowned queen the next year. England and France were in the middle of the Hundred Years’ War (1337–1453) and Henry may have hoped to improve relations between England and Brittany. However, the marriage unsettled the Breton nobility and Joan was forced to hand over the regency when she left for England.

Their marriage seems to have been more than just a political move. Henry IV and Joan were affectionate towards each other and the king gave Joan 10,000 marks a year to support herself. It was a massive amount, more than had been given to any previous Queen of England. Henry IV had six children from his first marriage and Joan got on well with her new stepchildren. This continued after Henry IV died in 1413 and rather than returning to Brittany she chose to remain in England.

After Henry IV’s death, the new king, his son Henry V, pressed England’s war with France. While Henry V had several significant successes against the French the cost of war changed his relationship with his stepmother. Joan was still receiving her dowry of 10,000 marks a year, which represented a large amount Henry could put to other use.

In September 1419 Joan’s priest accused her of plotting to kill the king through witchcraft and sorcery. Conveniently for Henry, this gave him a reason to confiscate Joan’s property and cut the amount he was paying her. While monarchs were sometimes imprisoned after being captured during war, it was rare for a queen to be imprisoned – especially so on charges of witchcraft.

Joan was imprisoned and on 15 December she was taken to Pevensey Castle and put into the guardianship of Sir John Pelham. Pelham had defended the castle 20 years previously, helping Henry IV take the throne from Richard II when he invaded. By this point, Pevensey’s best days were in the past and parts of it were falling into decay. However despite this it was still fit for a queen, even if she was in captivity.

Though Pevensey has some dark, dank dungeons, these were reserved for common prisoners and Joan was held in relative comfort, possibly in the keep. She was accompanied by her servants and even entertained guests. Joan had been used to the trappings that went with being a medieval aristocrat: expensive food, exotic imported animals, and luxurious clothes. While the point of her imprisonment was most likely to cut her spending, Joan was still treated with the respect befitting her status and lived relatively comfortably.

It is telling that though Joan was accused of witchcraft and sorcery she was never tried for it. Attempting to kill the king was a very serious accusation and for her to have avoided trial suggests Henry thought the claims were bogus.

After nearly three months in prison at Pevensey Joan was moved to Leeds Castle where she spent the rest of her captivity. Henry V fell ill and shortly before his death in 1422 he gave orders to release Joan and restore her lands and property. After nearly three years as a prisoner, locked up by her stepson, Joan was once again a free woman. By comparison the rest of her life was relatively quiet: she retired from politics and resumed a more comfortable lifestyle. Joan died at her home in Havering-ate-Bower on 10 June 1437 and was buried in Canterbury Cathedral next to her second husband, Henry IV of England.