Ranger's House is a Georgian villa that today houses the Wernher Collection, amassed by the 19th-century businessman, Sir Julius Wernher. This world-class art collection is made up of over 700 works, including paintings, sculptures, tapestries and more. Each object reveals much about the making, meaning and movement of art throughout the world.

We've asked one of our curators, Tessa Kilgarriff, to introduce herself and highlight some of her favourite objects in the collection at Ranger's House.

My name is Tessa Kilgarriff and I'm a Collections Curator for English Heritage. I look after the c.700 works of art that make up the Wernher Collection, which has been housed at Ranger's House since 2002. I also look after the collections at two other sites: Kenwood in Hampstead and Chiswick House in West London.

One of the most exciting things about working with collections at Ranger's House is the sheer variety and scale of the objects in our care. One of my favourites is also one of the smallest: a gold and garnet ring. At the centre of the ring is an inscription of the Lord's Prayer written in miniature script – it's a masterclass in tiny handwriting skills.

I started working in museums after studying History of Art at university and have always been drawn to working in a historic environment. For me, being surrounded by a period's architecture, furniture and art is the most transformative way of experiencing the past. 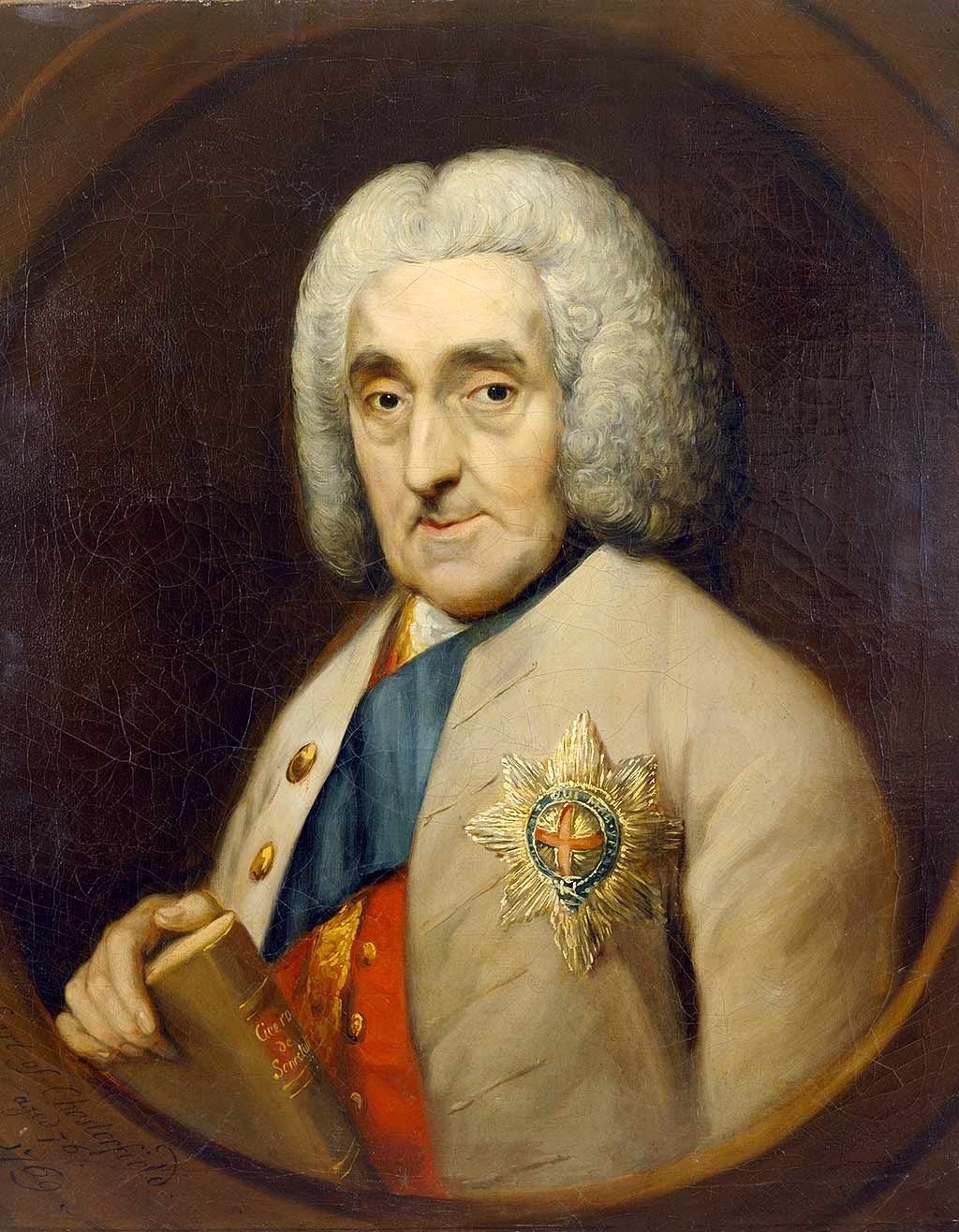 Philip Stanhope, 4th Earl of Chesterfield, aged 76, after Thomas Gainsborough. Lord Chesterfield was the most famous resident of Ranger’s House

Portrait of 4th Earl of Chesterfield

Description: Some of the objects at Ranger's House give us an insight into the people who lived there and how they chose to present themselves and their achievements through art.

In the 18th century, Ranger's House was home to Philip Dormer Stanhope, 4th Earl of Chesterfield (1694–1773), who was a politican and diplomat. He inherited the house in 1748 and soon set about expanding it, adding the Long Gallery, and cultivating the garden. He wrote that growing plants and fruit gave him ‘more pleasure than kingdoms do to Kings’.

In this portrait, a copy of an earlier work by Thomas Gainsborough, Chesterfield is shown holding a copy of a bound philosophical essay by the Roman scholar Cicero. It's titled De Senectute (On Old Age) and is intended to show that Chesterfield was a wise and educated man. The star on his chest is the Order of the Garter, one of the most prestigious British chivalric orders, which was bestowed on him by King George II.

Further Learning Idea: Use this portrait of Lord Chesterfield to inspire your own portrait. You could try drawing your own self-portrait or create an image of someone you know. What symbols and objects would you choose to include to highlight the subject's personality and achievements? 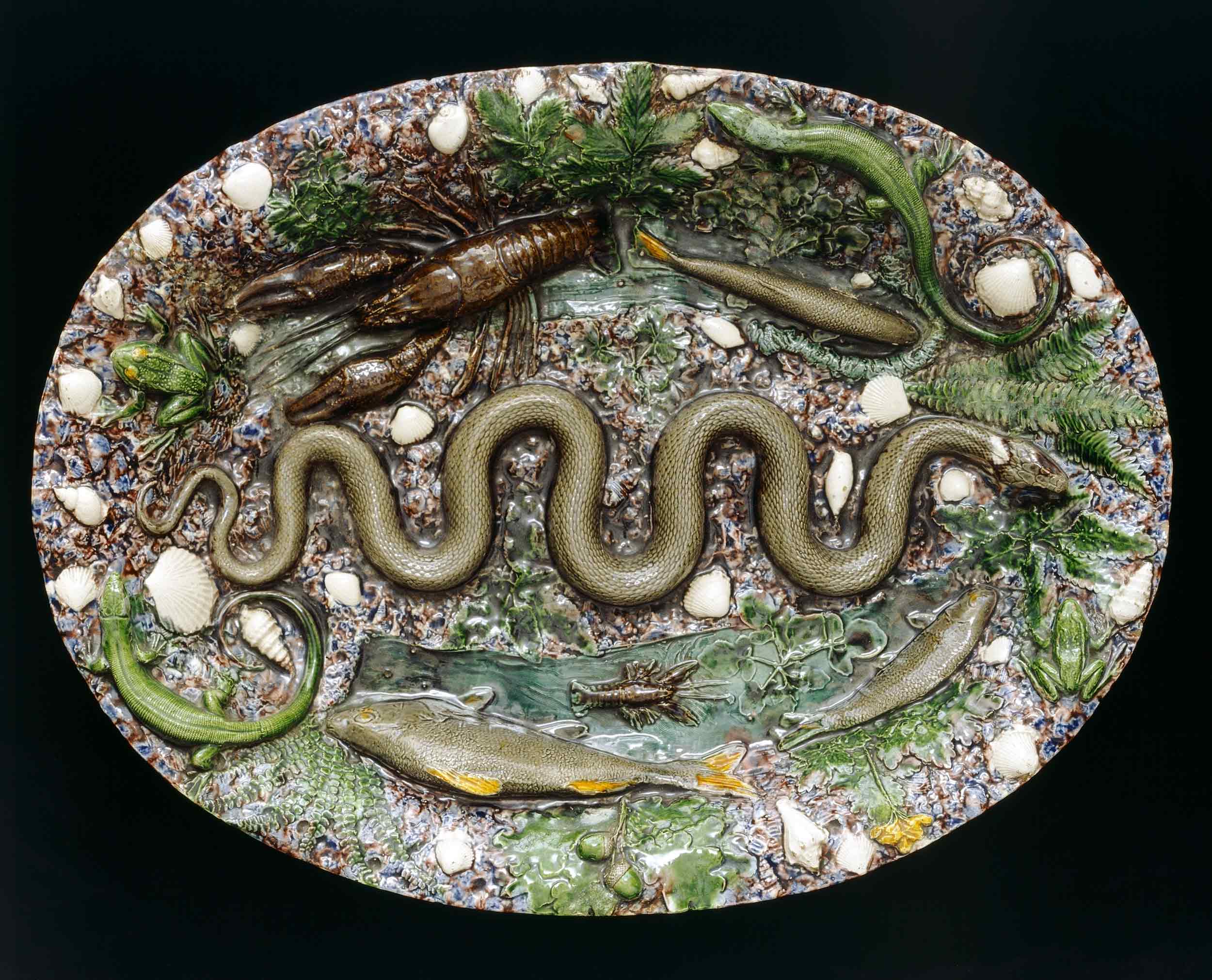 Description: The collection at Ranger's House shows Sir Julius Wernher's personal taste in art. He had a particular taste for objects that he called 'splendidly ugly' - pieces that often combined incredible craftsmanship with unusual or even ghoulish subject matter.

This dish by Bernard Palissy was made in France using the lead-glazed ceramic technique. It's one of Palissy's 'rustique figulines', which was a decorative style achieved by casting shapes of plants and animals in moulds taken from real-life examples. The highly realistic colouring used by the artist makes the snake seem almost alive!

Further Learning Idea: Take inspiration from the natural world like Palissy and create a work of art with objects found in the natural world. This could be a tree rubbing, a collage or maybe a moulded sculpture. You could do some further research on your objects to find out more about different species of plants and their characteristics. 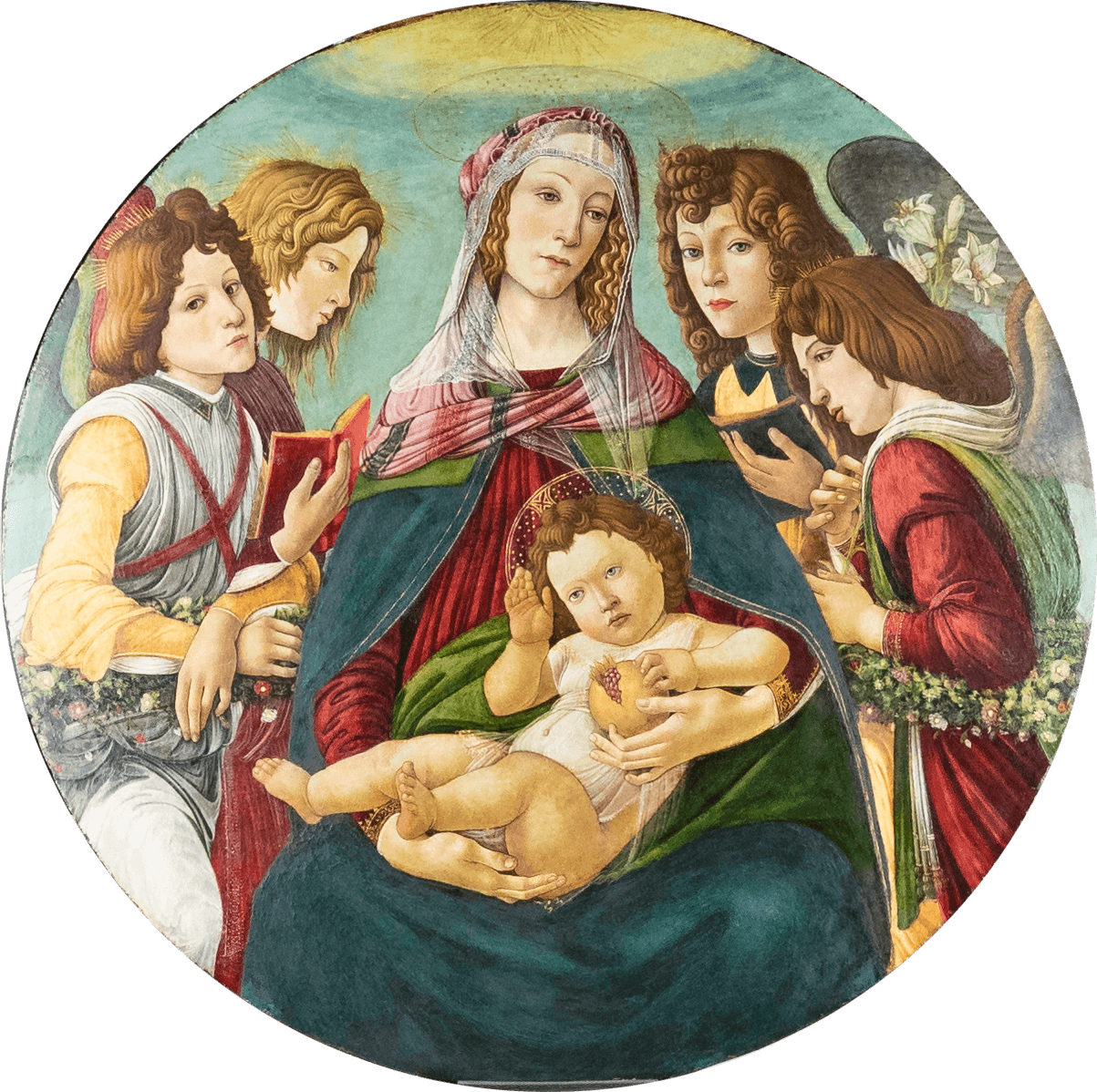 Madonna of the Pomegranate

Description: We're still finding out more about the collection at Ranger's House through ongoing research into paintings like this one. It shows a melancholy Madonna holding the Christ Child flanked by four angels. The pomegranate held by the Madonna and Child symbolises Christ’s future suffering.

For many years the curators and conservators at English Heritage believed that this painting was a later imitation of a famous original by Botticelli now at the Uffizi in Florence, Italy. However, recent conservation work has revealed that it in fact came directly from the Studio of Botticelli and is around 500 years old. X-ray testing, infrared studies and pigment analysis were used to confirm the painting's age and authorship. It's difficult to know just how much involvement Botticelli himself would have had in creating this painting. The artist, who died in 1510, employed a large number of assistants who would help with commissioned works.

Further Learning Idea: Imagine that you are a master artist or maker running your own studio. Consider what kind of artwork you would create, and write a letter to your studio assistants giving them a range of tasks to complete for a special commission. For example you could give instructions about particular colours to include and the use of light and perspective. 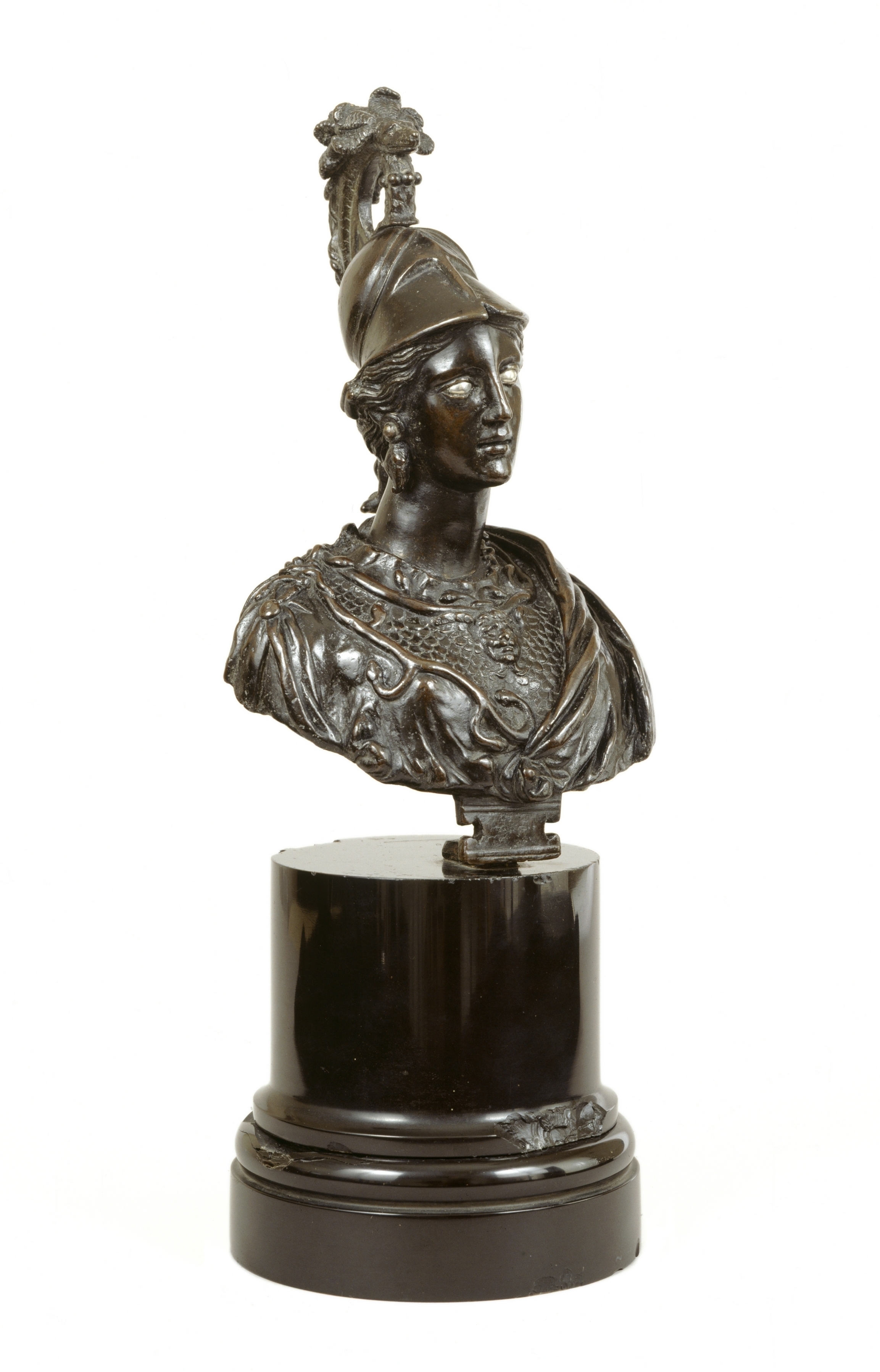 Description: The quality of the objects in the Wernher Collection reveals how Julius Wernher prized fine craftsmanship in art. He collected more than 75 small bronzes made during the Renaissance period, and this is one of the most unusual because it uses two different kinds of metal: bronze and silver.

This bust was made by Aurelio Lombardi in the 16th century. Its silvered eyes make the piece appear more lively and before the introduction of electricity they would have sparkled brightly in candlelight. Wernher's interest in fine craftsmanship means that pieces in bronze appealed to him because it's difficult to make this dense, hard material appear flowing and realistic. Minerva was the Roman goddess of wisdom and war, which is why Lombardi has depicted her wearing a plumed helmet.

Further Learning Idea: Find out more about the goddess Minerva and the myths associated with her. You could present your findings in an artwork, a poem or as a short performance.