Our collections relating to Hadrian's Wall give us clues about what life was like for soldiers and civilians in Roman Britain.

We've asked one of our curators, Frances McIntosh, to introduce herself and highlight some of her favourite objects in the Hadrian's Wall collections.

I've been a curator with English Heritage for 8 years, originally just for Hadrian's Wall, but since 2018 I've been looking after other collections in the north east too. My specialism is Roman material culture, particularly that of Roman Britain. I did my PhD on the Clayton Collection, which is on display at Chesters Roman Fort. I've been interested in the past, and archaeology from a young age. As a child we would visit castles and I would always ask how they found out the information on the information boards! I love my job because I get the chance to work on some fascinating sites with spectacular objects, and help the public to find out more, whether through displays, talks or online content. 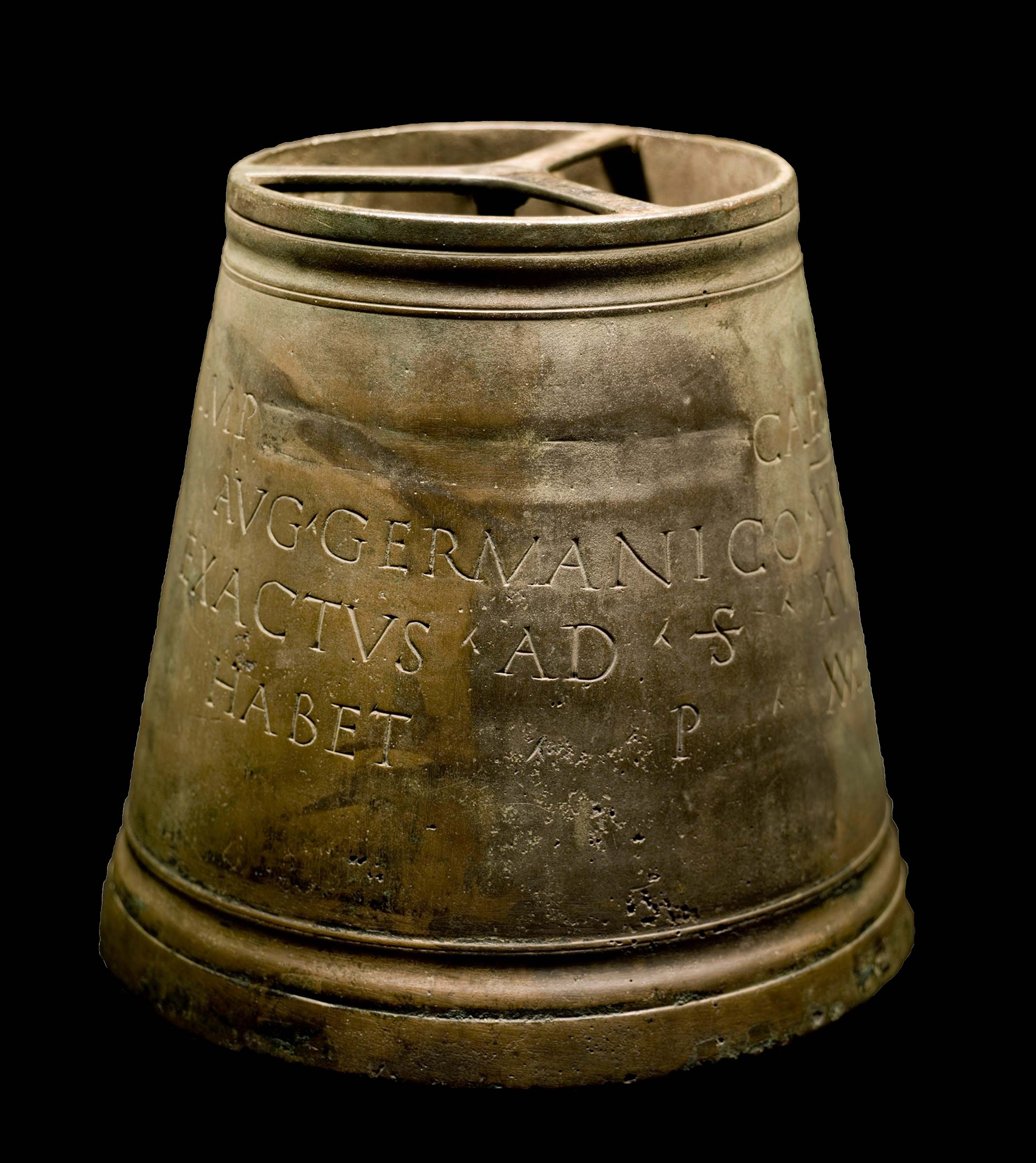 Description: This is a grain measure made from a copper alloy, called a modius. It's extremely rare and in very good condition. In fact, this example was accidentally found by a postman and is now in the Clayton Collection at Chesters Roman Fort.

The inscription on the outside of this modius dates it to the reign of Emperor Domitian (AD 81-96) and says that it holds 17.5 sextarii. A sextarii was a measurement of capacity used by the Romans. In modern measurements, a sextarii is about 546 millilitres or a pint. This modius can actually hold 20.8 sextarii so if it was used to measure taxes paid in grain, the tax payers were being swindled!

Further Learning Idea: Work out how many millilitres the inscription says this modius can hold, and the amount that it can actually hold, by using the sextarii measurements in the object description. What is the difference between these two figures? 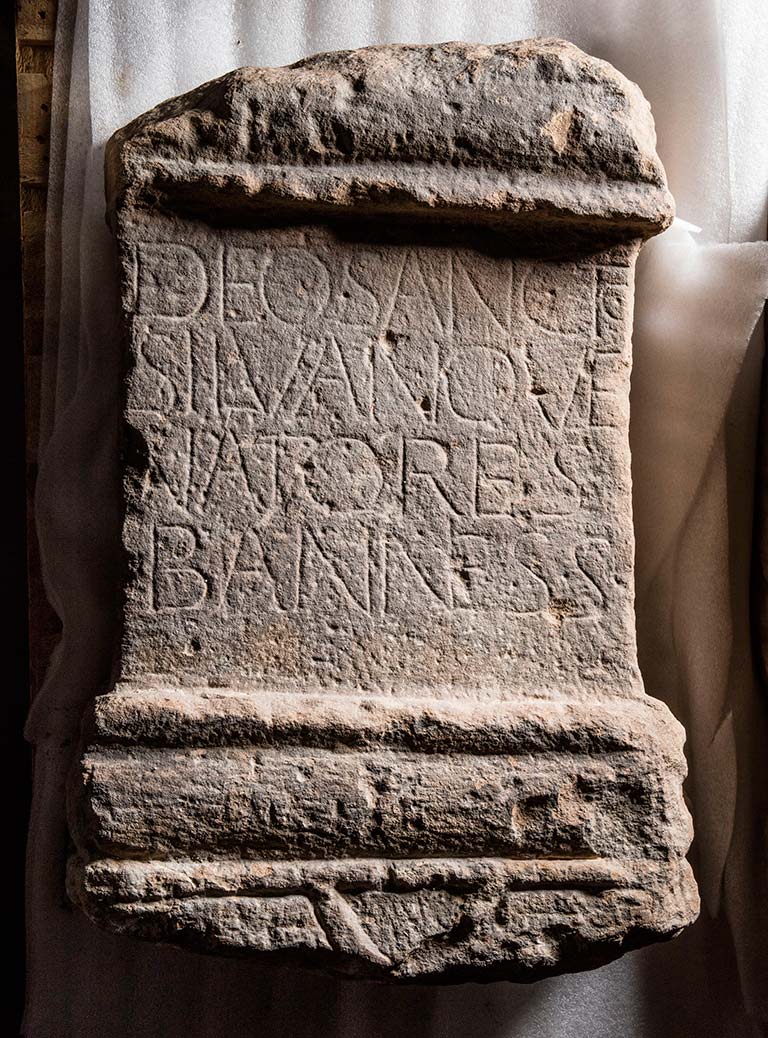 This altar was dedicated by the ‘Hunters of Banna’. Banna is the latin name for Birdoswald

Description: This stone is part of an altar to the god Silvanus. He was the Roman god of the countryside and later evolved to become the god of woodland pastures, boundaries, parks and gardens. Silvanus was also linked to hunting and has connections with the idea of wild men and green men.

The altar is broken at the top and bottom but the inscription is clear. It reads ‘Deo Sancto Silvano ve-natores Banniess(es)’ which means 'to the holy god Silvanus the hunters of Banna (set this up)'. The Roman name for Birdoswald was Banna, so the Venatores Banniensis was probably a troop of soldiers stationed at Birdoswald Roman Fort. Although inscriptions on Roman objects are sometimes difficult to read, they follow similar structures and formulas which makes it easier for historians and archaeologists to decipher them.

Further learning idea: Find out more about Roman gods and choose one to create your own design for a Roman altar. Make sure you include an inscription commemorating your chosen god or asking them to help you with something. 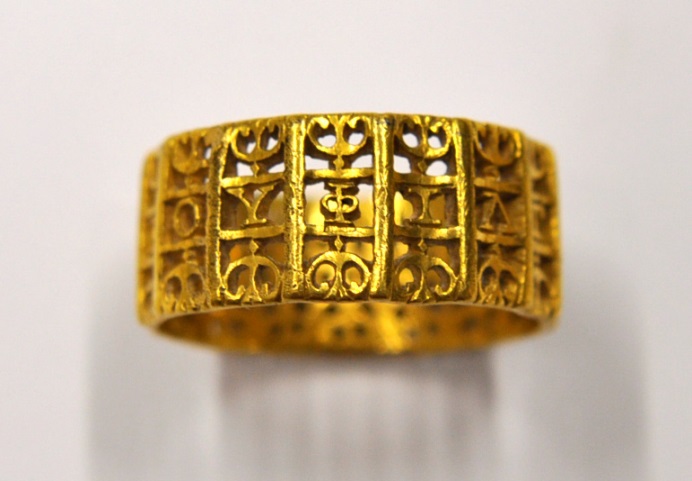 Description: This gold ring was found at Corbridge Roman Town in 1935 and has 16 facets. It's smoothed internally and is decorated with openwork peltas above and below a Greek inscription. Each facet contains one letter of the inscription 'ΠΟΛΕΜΙΟΥ ΦΙΛΤΡΟΝ' (the love-token of Polemius) and a leaf stop divides the two words. This wonderful craftsmanship means that the ring would have been a very expensive item.

Polemius may have been a 4th century citizen of Corbridge. The ring gives us a clue as to the wealth of the town, of the presence of Greeks, or at the very least, Greek-speaking people. At this time, the Greek language was often seen as a sign of high class and education.

Further learning idea: Uncover the story of the many and diverse communities from across the Roman Empire who lived along Hadrian's Wall. Listen to our Speaking with Shadows podcast to find out more about some of them and try to find where they were from on a modern map. 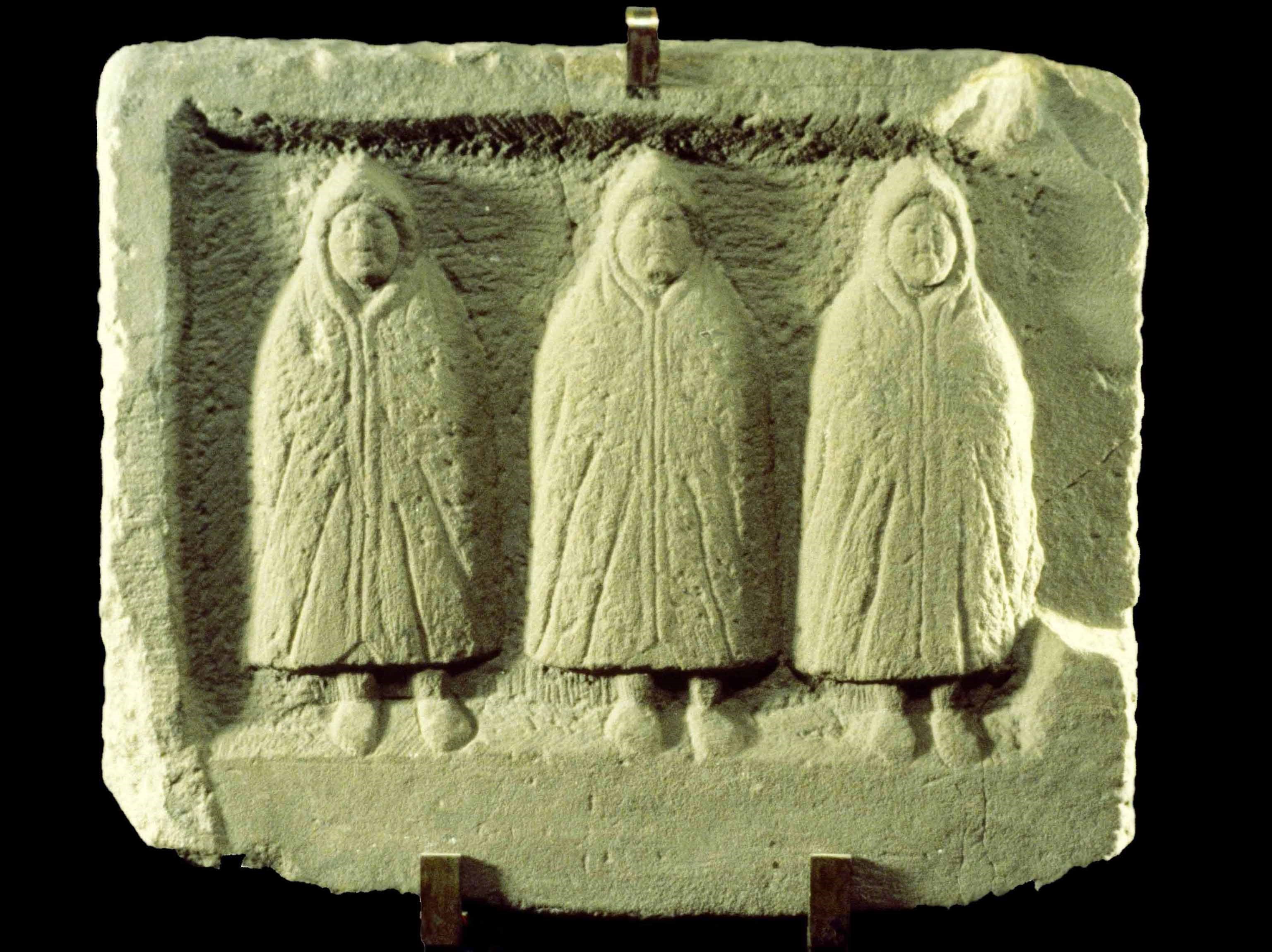 Description: The Genii Cucullati sculpture is a relief carving of three hooded gods. 'Genii cucullati' means 'hooded deities'. They are the spirits of a place or area. This sculpture was found in a domestic shrine outside Housesteads Roman Fort on Hadrian's Wall. The figures are wrapped up against the cold northern winds and their capes are made of thick wool. This was exported from Britain during the Roman period and was famous across the Empire for its quality.

Further learning idea:  Read more about Roman religion and beliefs. Discover which god you would need to worship if you wanted to be successful in a specific aspect of your life, like trade or love, and present your findings to your class, or adults and siblings at home. 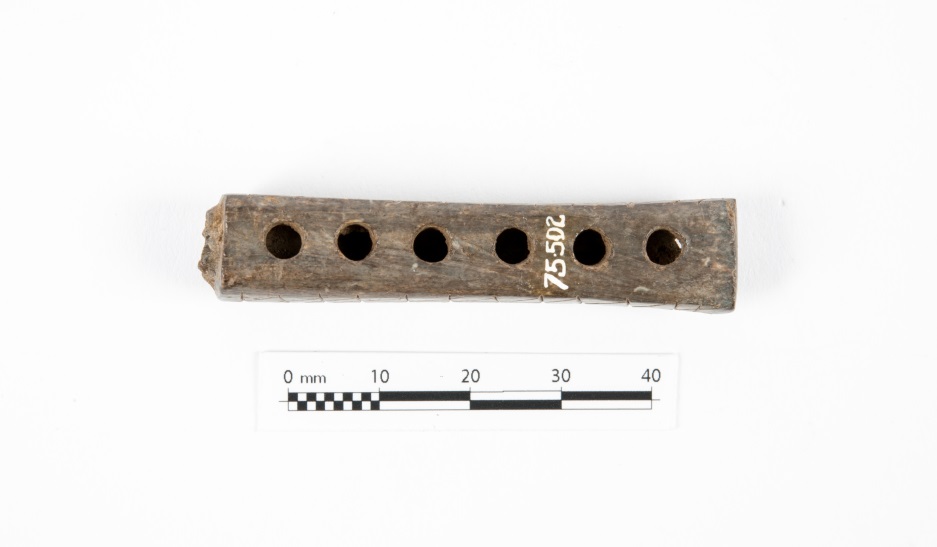 Description: This bone flute, or whistle, has been carved from a long bone (leg or arm) of an animal, into a rectangular-shaped tube which flares slightly at one end. The other end is broken off and three surfaces are decorated with cross-hatching. The upper surface of the object is pierced with a series of six circular holes at regular intervals.

It's rare for an object like this to survive from the Roman period because of the material it's made from. Objects like this tell us that music was important to the Romans, even on the northern frontier of the Roman Empire. We also have a tuning peg in our collection used to tune a string instrument.

Further learning idea: We know music was very important to the Romans. Are there any songs or pieces of music that are important to you? Think about what makes these special and choose one to perform on your own, as a class, or with adults and siblings at home.