We sent young Members Amy and Peter to Housesteads Roman Fort to meet Marcus the Roman Legionary! Find out what they discovered about life as a soldier on Hadrian's Wall...

Peter: What is a legionary?
Marcus: A legionary had to be a citizen of Rome. There were around 30 legions in the Roman army and each one had about 4,800–6,000 men. The legionaries of Britain built Hadrian’s Wall.

Amy: Where did the soldiers live?
Marcus: Each group of eight soldiers would have two rooms. One room was for storing their kit and cooking. The other was for sleeping.

Amy: What did they eat?
Marcus: They were allowed one pound of meat (usually pork), army bread and biscuits that were rock hard. They cooked with a sauce called liquamen that was made out of fermented fish guts!

Peter: Where would Roman soldiers go to the toilet?
Marcus: There was a toilet at each fort. There’s one here at Housesteads. There would be benches with holes in it and water flowing underneath. 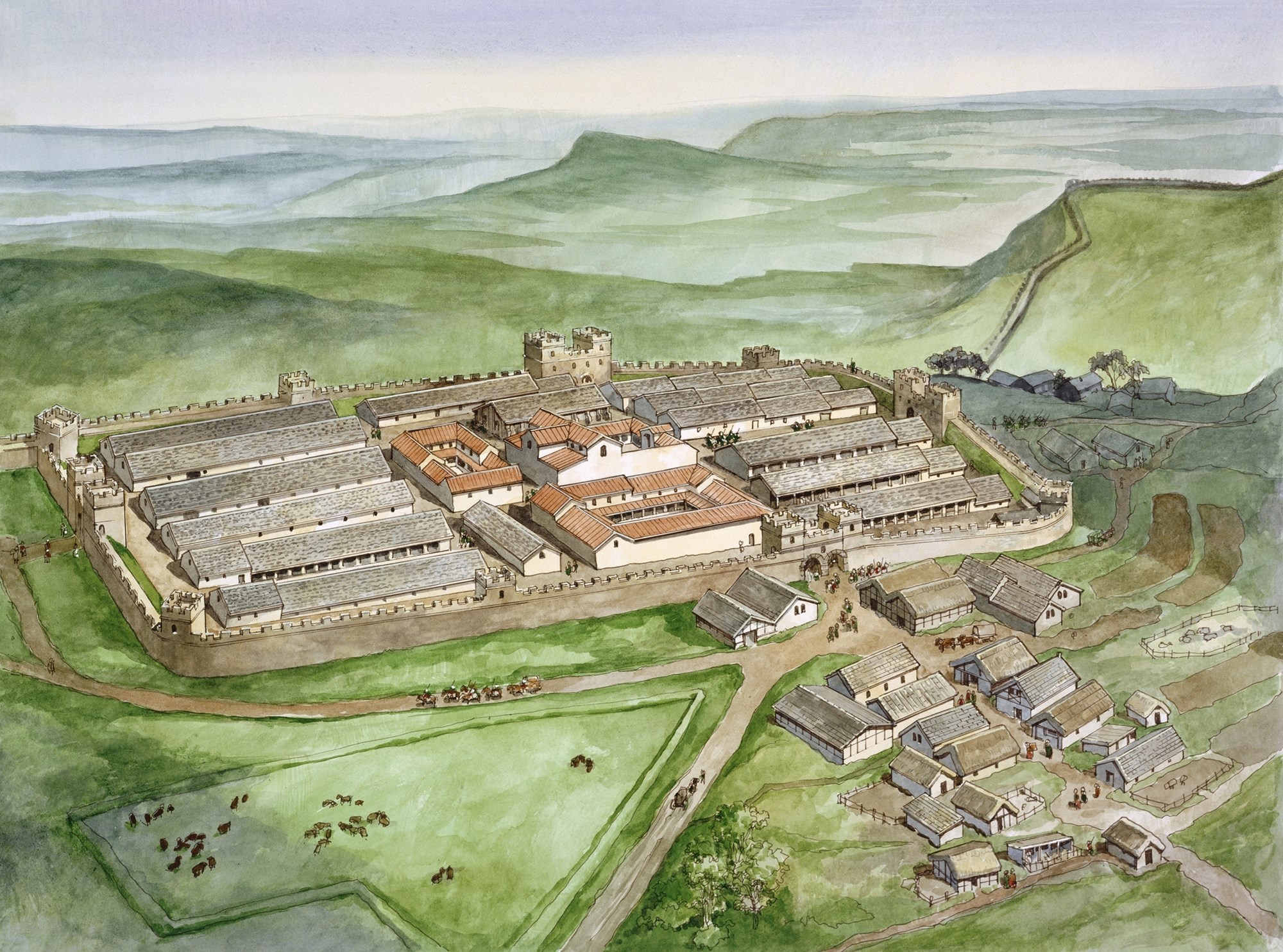 Housesteads is one of 16 permanent bases along Hadrian's Wall. It housed 800 soldiers who could be called upon to defend against an attack on the wall. The soldiers lived in small barracks, while there was also a hospital, houses, temples and storehouses to keep food.

By the time Housesteads was built, the Roman army was made up of people from all over the Empire. Outside the fort was a small village made up of civilians and traders. It must have been pretty dull guarding the wall, and so the soldiers would have been glad to spend their money, have a drink and have fun playing dice in the shops and bars near the fort.

Life for Roman soldiers was tough, especially for those at Housesteads on the cold frontier of the Empire. As well as standing for hours on guard duty, looking out over the wall or going on patrol, the soldiers had to spend two hours a day training with their weapons, and stayed fit by running.

We're very lucky that the remains of Housesteads are extremely well preserved. When you go there now you can see the outlines of the walls, barracks and even the toilets!

Discover what life would have been like along the Wall by visiting our sites, including Housesteads Roman Fort, Chesters Roman Fort and Museum, Corbridge Roman Town and Birdoswald Roman Fort.

There are many more places to visit along Hadrian's Wall - explore the whole Wall from west to east, through Cumbria, Northumberland and Tyne & Wear.