The network of tunnels within the white cliffs beneath Dover Castle served as a barracks for soldiers during the Napoleonic Wars, became a headquarters and hospital during the Second World War, and were equipped to serve as a Regional Seat of Government in the 1960s in the event of nuclear war. The collection for Dover Castle illustrates their entire history. From weapons and technology to uniforms and personal possessions, the highlights shown here provide a glimpse into the lives of the men and women who served their country from Dover Castle.

Many of these objects were donated by service men and women who worked in the tunnels at Dover, or by their families. Others are examples of the types of object we know from photos and oral histories were used within the tunnels, and have been acquired from further afield in order to illustrate what life was like.

This Brown Bess smoothbore flintlock musket is of a type that would have been used by soldiers stationed at Dover during the Revolutionary and Napoleonic Wars (1793–1815).

The tunnels were built at this time to create space for the many extra troops needed to defend against the French in the event that they invaded. A series of tunnels (or casemates), far less extensive than the current complex, were used as barracks for the soldiers.

The Brown Bess was the staple weapon of the British infantry for over a hundred years but went through many variations in that time. 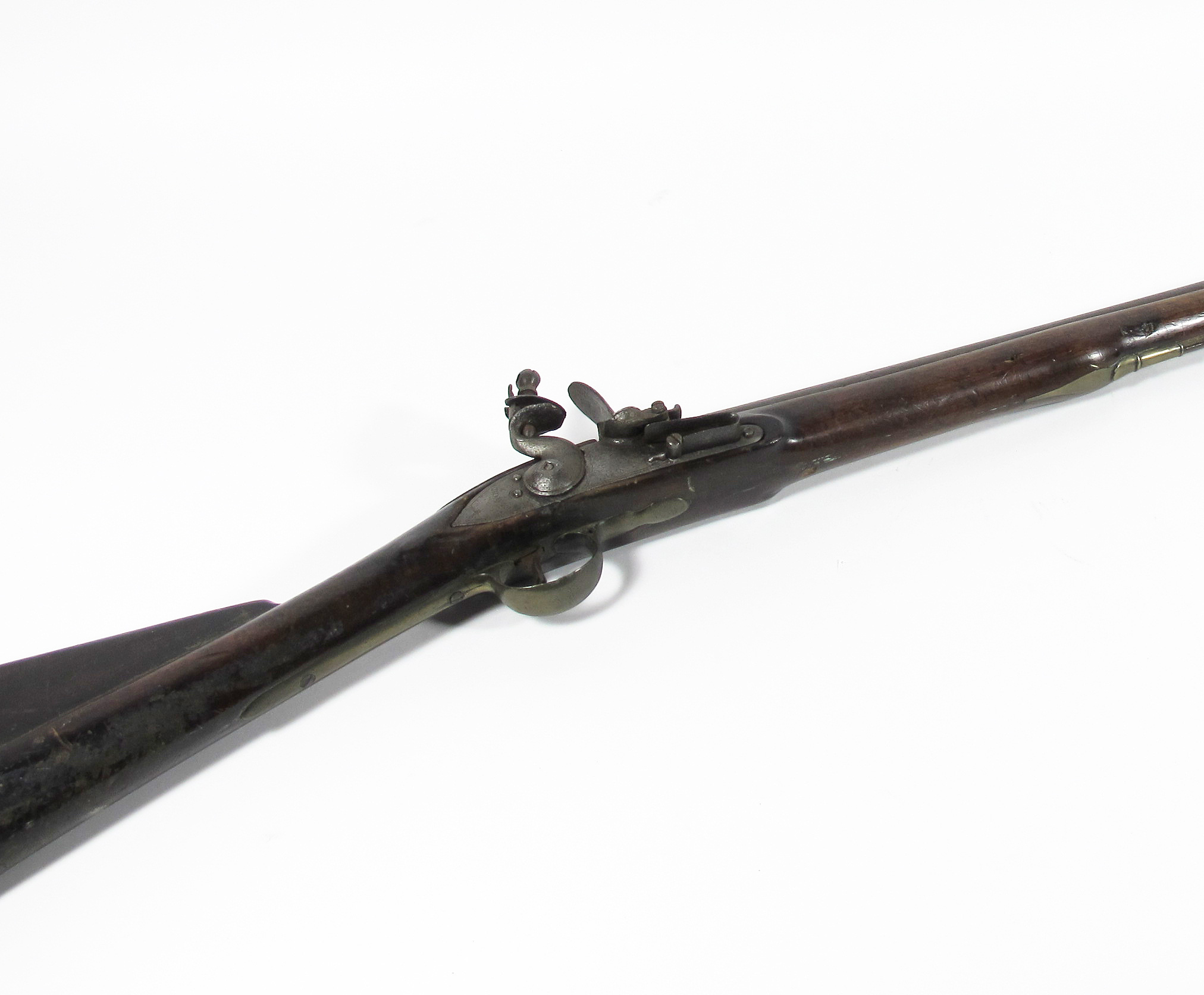 The First World War was the first major conflict in which the British Army wore khaki uniforms. They had been introduced in 1902 after it was determined that the old red uniforms were a hindrance in the field.

This is an example of ‘other ranks service dress’ which was worn by all soldiers who were not subject to one of the specific exceptions (such as officers and variations for tropical climates). As such, it would have been worn by most of the soldiers who passed through Dover. It is serge in colour with two breast pockets and two lower pockets. The buttons were often decorated with a regimental pattern. 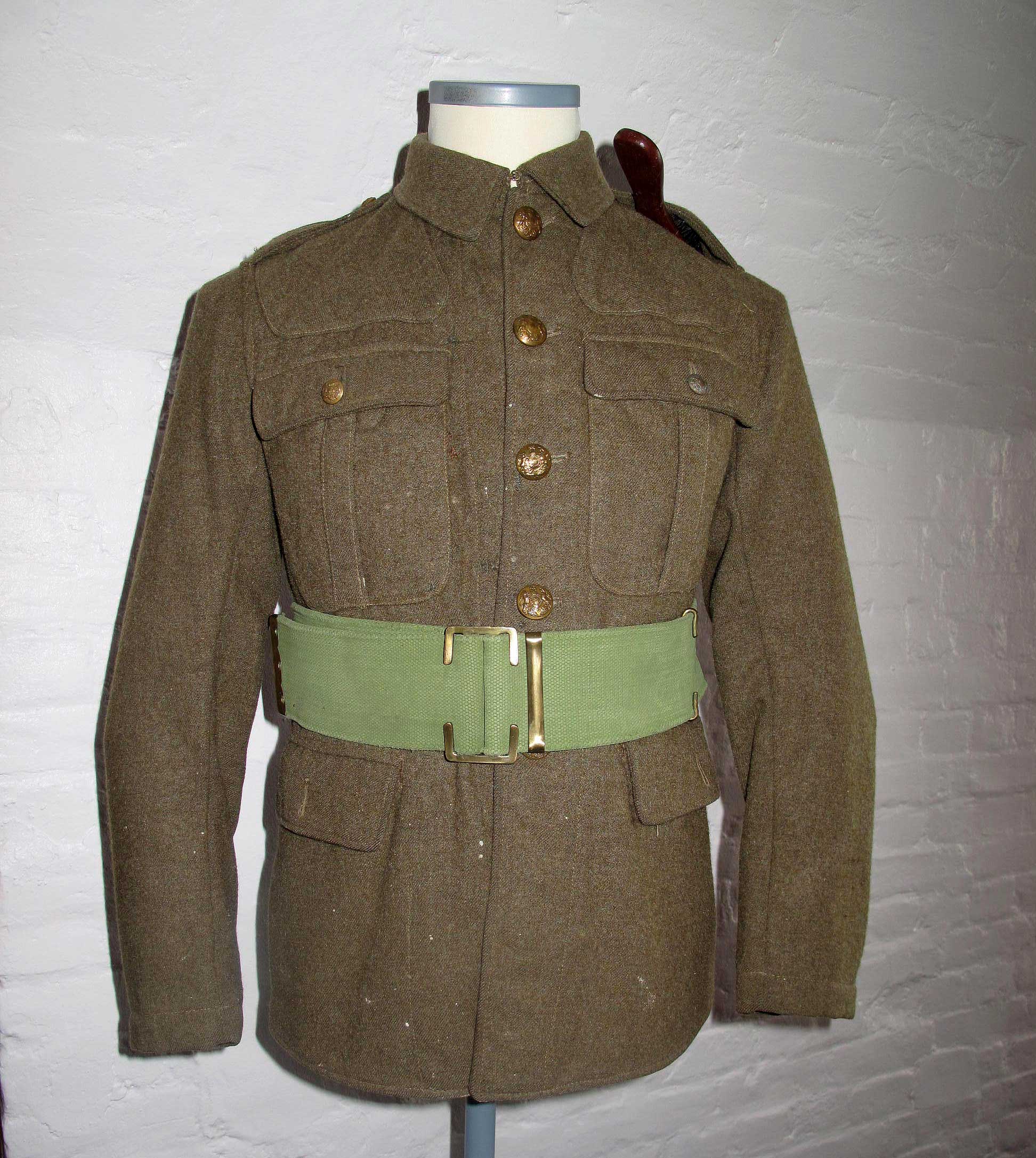 In the early 20th century it was common for young women to keep small memento books – often referred to as autograph albums or commonplace books – which their friends, family and colleagues would write or draw in. This one belonged to Miss Paddy Jenner, who was in the Women’s Auxiliary Army Corps at Dover Castle during the First World War.

The album contains sketches, notes and poems that reflect the interests and concerns of the time, although a couple of pages are dated to the Second World War. The page shown here is a sketch of the actor Charlie Chaplin in army uniform, and is based on a Punch cartoon from 1918.

Unusually, this album is a combination of two books, with smaller pages from one book inserted into the larger one. 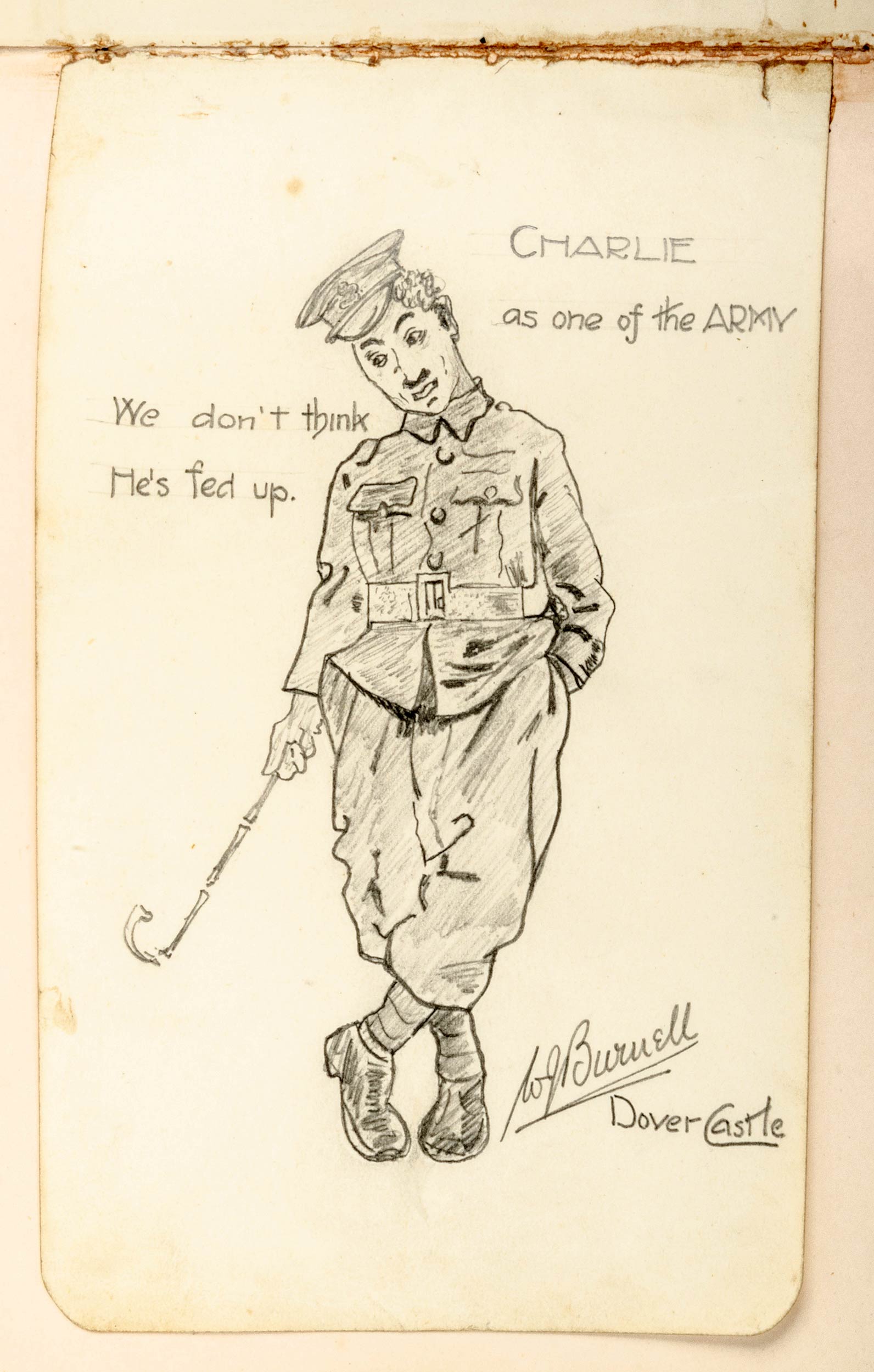 This plotting table stood in the coastal artillery operations room within the tunnels at Dover between 1942 and 1945. The map painted on the surface shows the Straits of Dover, the narrow stretch of the English Channel between Kent and France.

Plotting tables were used to record shipping movements in real time and were vital in identifying enemy activity as well as informing rescue operations of ships hit by enemy fire. The plotters at Dover, whose headsets were connected to observation posts, were mainly women of the Auxiliary Territorial Service (ATS), the women’s branch of the British Army.

When the war ended the plotting table was used for training at HMS Dryad (the Royal Navy's Maritime Warfare School). Later it belonged to Admiral Bertram Ramsay’s family, who donated it to English Heritage. 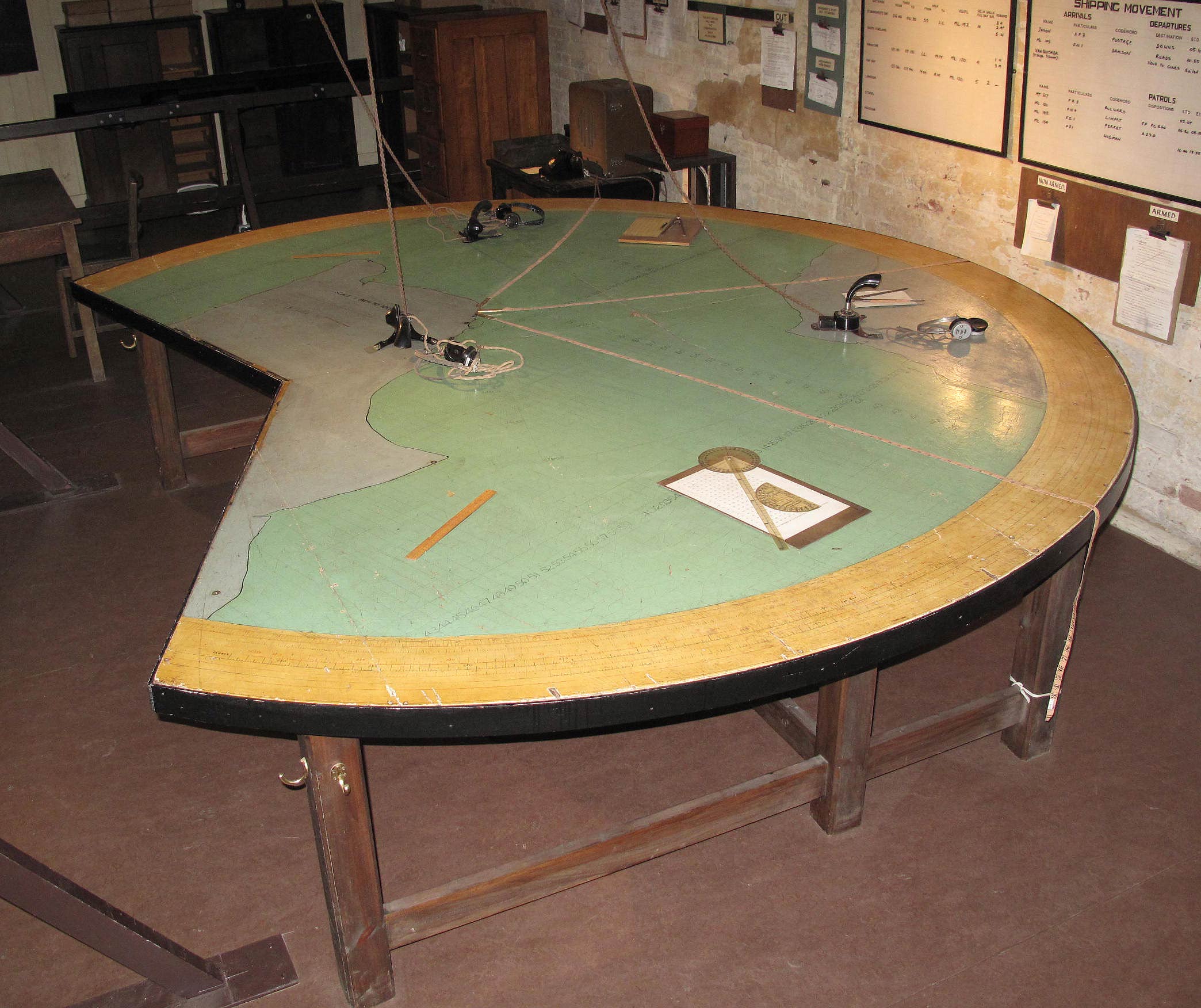 This small portable medical kit belonged to a medical student who briefly worked in the hospital on Annexe level, an extra level of the Dover tunnels dug in 1941–2. The kit is a standard Second World War field surgical kit consisting of knives, probes, a pair of tweezers and a pair of scissors, all stored in pockets within a brown canvas wrap, and was the kit the student owned at the time.

The student originally came to Dover to deliver a shipment of penicillin. The importance of this new miracle drug began to be recognised in the early 1940s and it was to save tens of thousands of Allied soldiers following the invasion of Normandy.

Unfortunately the student found the experience extremely traumatic and when visiting the site later in life he was unable to enter the tunnel complex due to post-traumatic stress disorder. 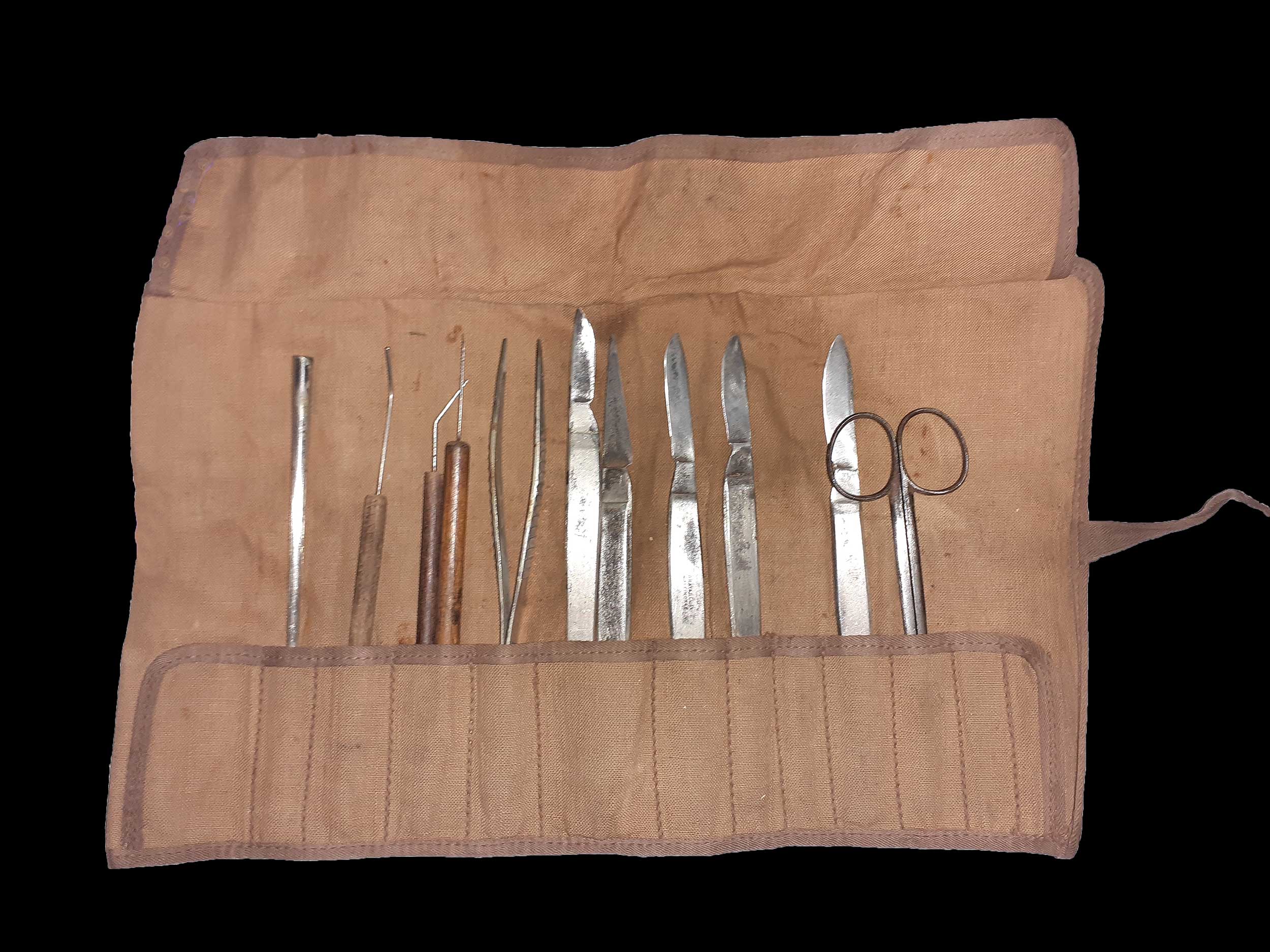 Sector clocks, with their distinctive red, yellow and blue triangles, were initially developed during the First World War but were used by the Royal Air Force until the end of the Cold War. They worked in conjunction with plotting tables to ensure that the information being plotted remained up to date. The reported location of aeroplanes was recorded on the tables with coloured blocks that matched the colour of the triangle covering the five-minute period in which the observation was made. The age of the information could be easily seen from the colour of the counter.

This sector clock was used in the Dover tunnels during the Second World War. It was made in Cricklewood, north London, by Smiths English Clocks. 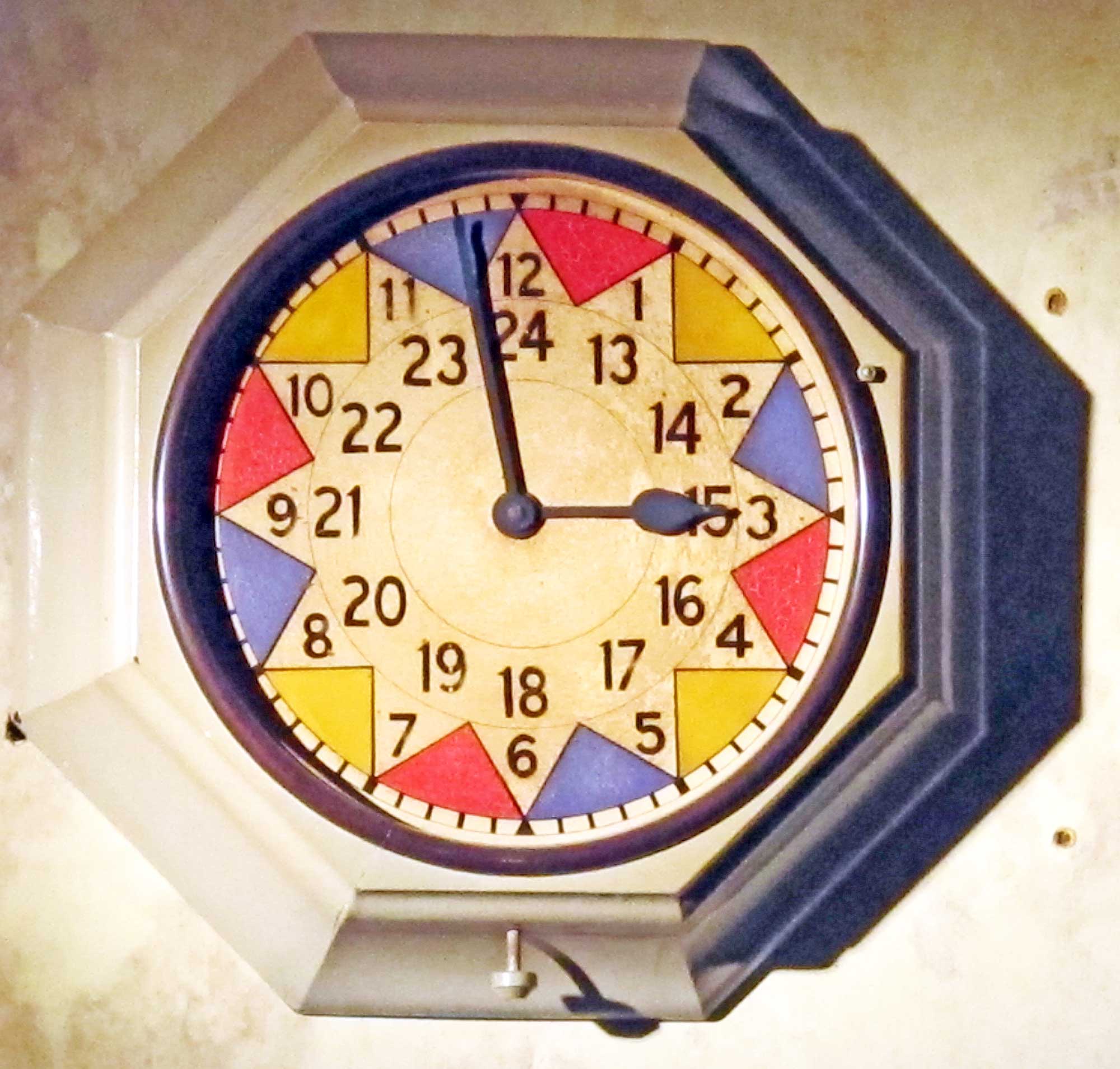 Carrying casualties on stretchers by hand, although often necessary due to uneven terrain and limited equipment, was extremely tiring for the stretcher-bearers. Where possible the stretcher was placed on a trolley and pushed.

There were several designs of stretcher carriers used for different situations, some with two wheels and some with four. This two-wheeled example would have needed two men to support the patient, as it cannot stay flat unaided, but the large wheels allowed for transport over awkward terrain. 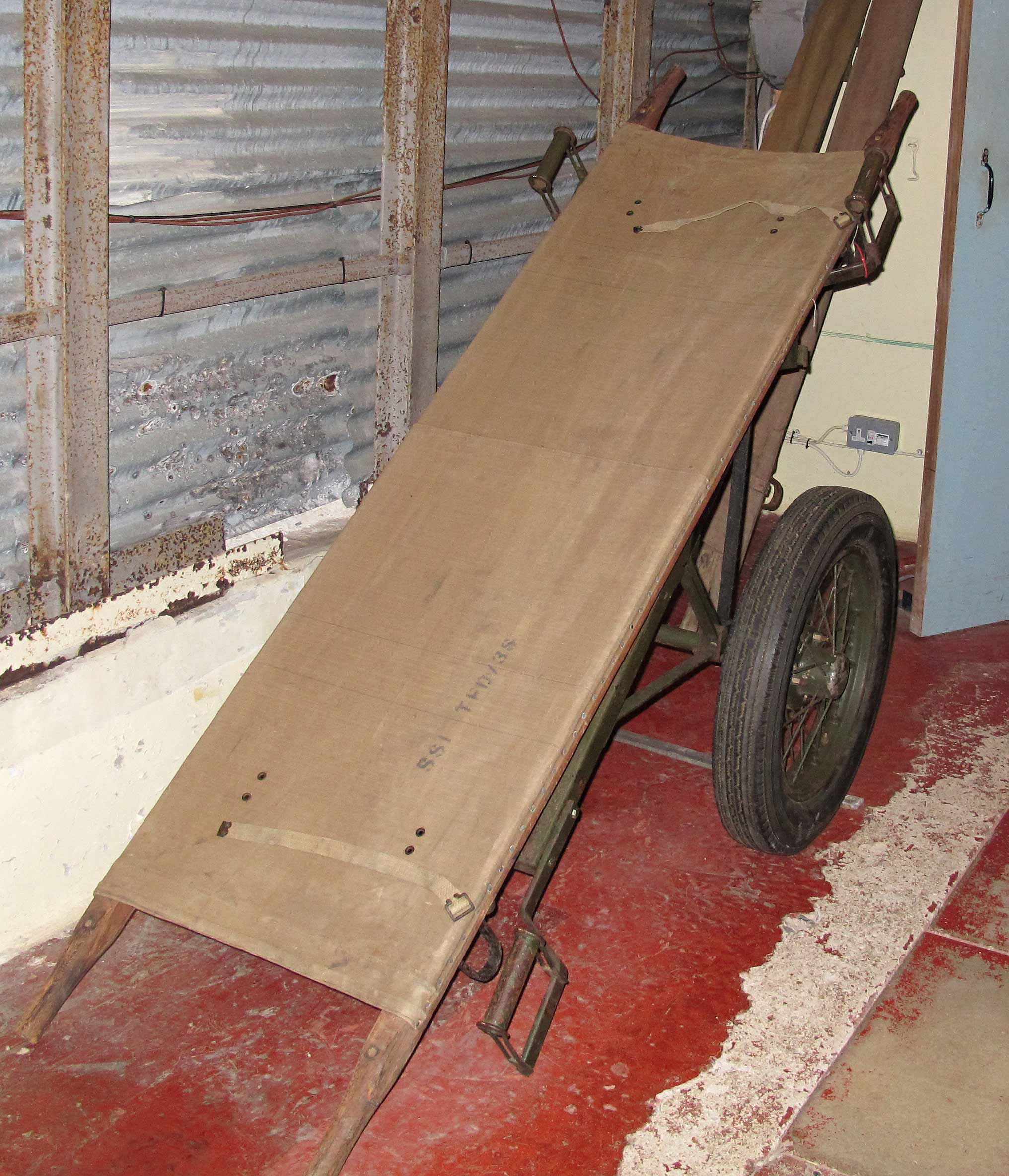 These Private Manual Branch Exchanges (PMBXs) are of the type known to have been at Dover in the 1940s. They were called ‘manual’ because they required the caller to dial through to the exchange rather than the connection being ‘automatic’. The exchange operator would then ring the outside line, wait for the receiver to pick up, and then join the caller’s line through to its destination by physically plugging the relevant wire into place.

Although exchanges were sometimes used by men, the operators were typically members of the Women’s Royal Naval Service and Auxiliary Territorial Service, the women’s branches of the Navy and Army respectively. 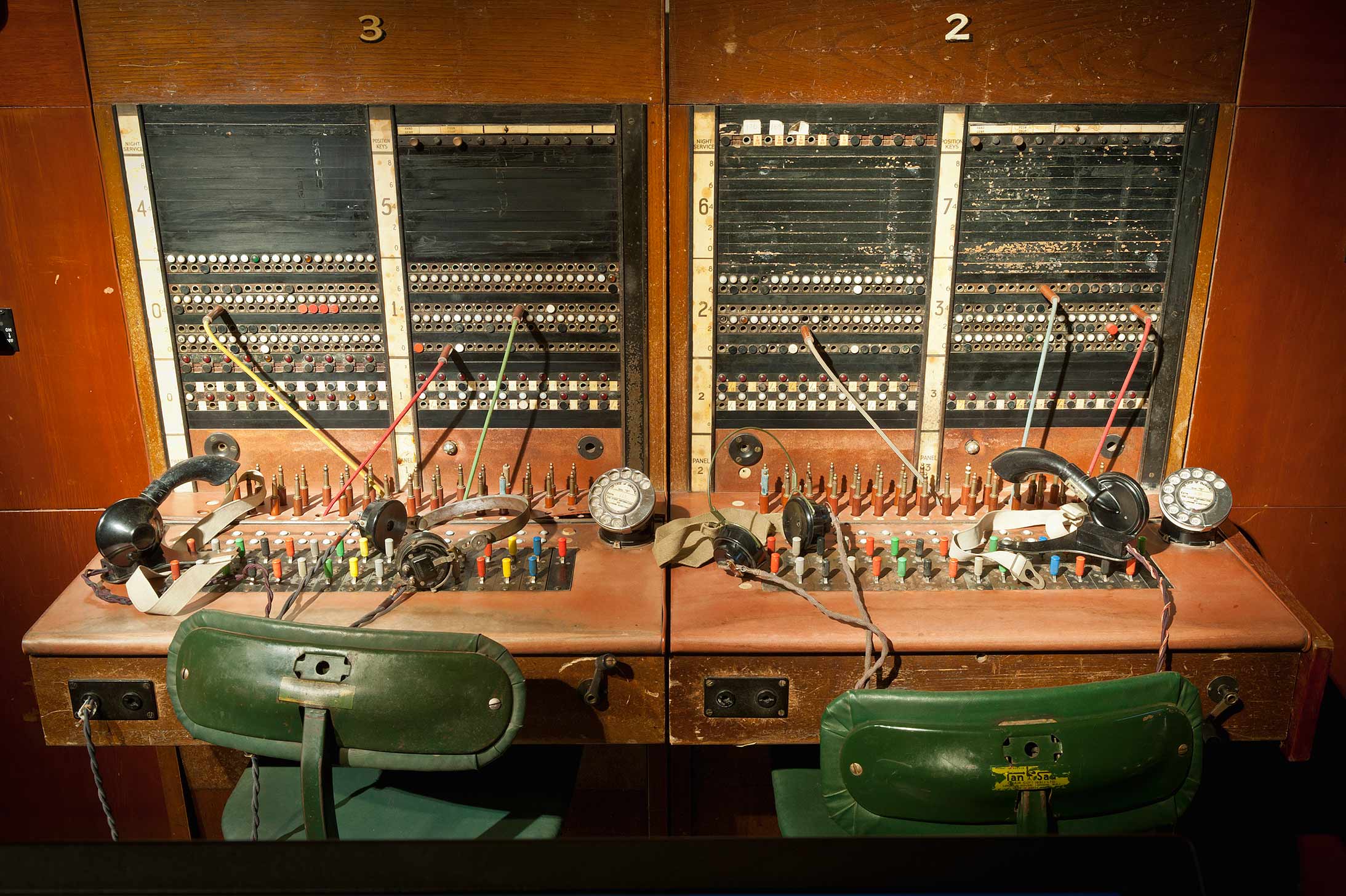 Men and women who worked in the tunnels during the Second World War often recalled the exhaustion caused by working long shifts (called watches) doing work that required close concentration. To combat the problem, some spaces had camp beds like this one available for use at quiet times.

However, sleeping in the tunnels could have risks. Mary Horsfall, who served with the Women’s Royal Naval Service at Dover from 1942 to 1943, recalled that when she and one of her friends ‘took it in turns to have a little sleep on the camp bed on the floor and the time came … for me to go and wake her up … there she lay fast asleep with a rat running up and down her’. 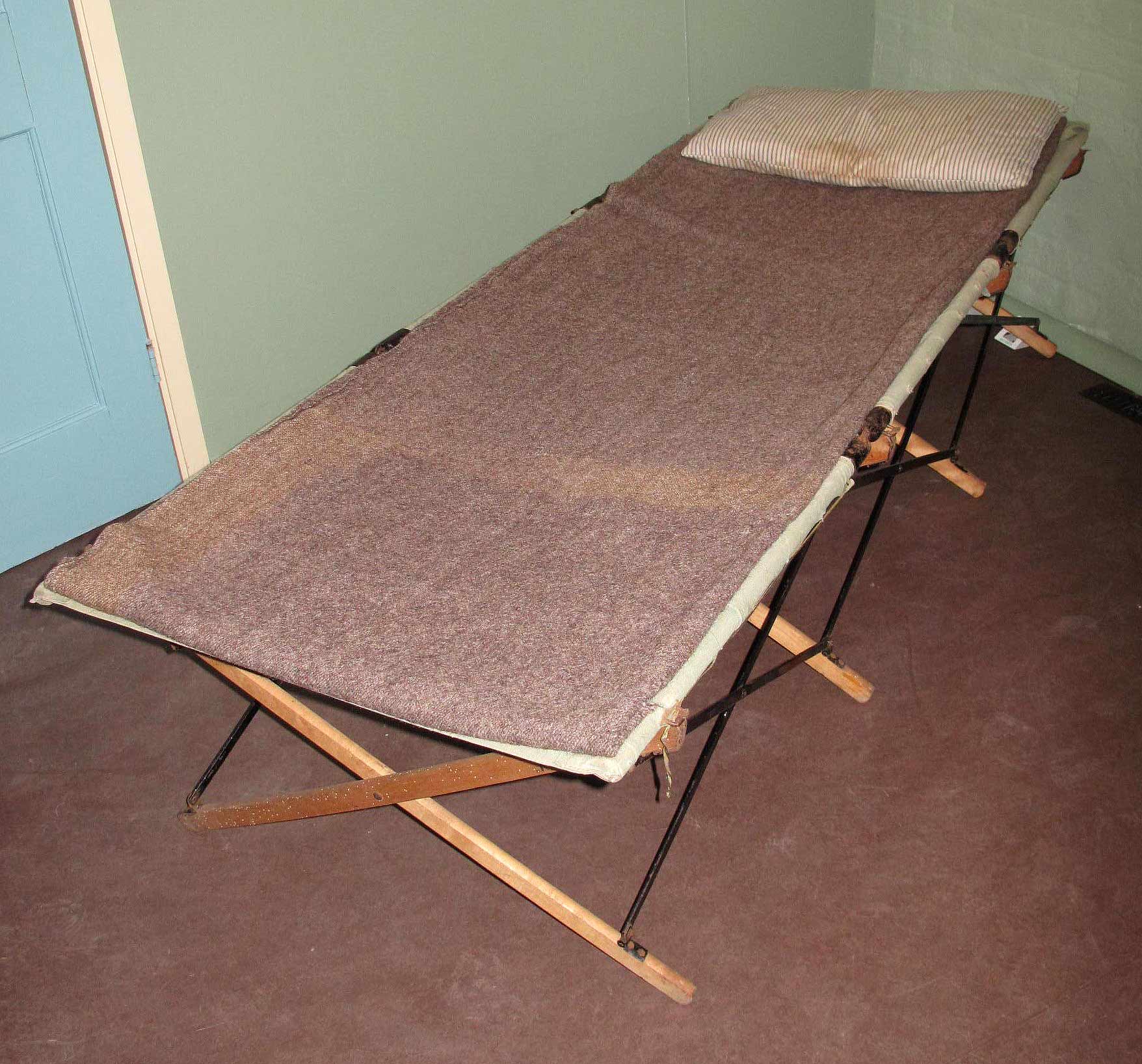 The ‘4 minute warning’ is one of the aspects of Cold War planning that was deeply engrained in the public consciousness thanks to propaganda campaigns such as the ‘Protect and Survive’ leaflets. It refers to the approximate length of time between confirmation that missiles had been deployed from the Soviet Union and when they would land in the UK.

This WB400A unit is part of the 1960s equipment designed to communicate that warning to the public. It is one of the receivers for speech and warning signals that were kept at police stations around the country. The warning label on the left states: ‘Warning District Maidstone 30, A tick signal should be heard when receiver switched on’. The small pull-out tray contains user instructions and more details on what the signals mean. 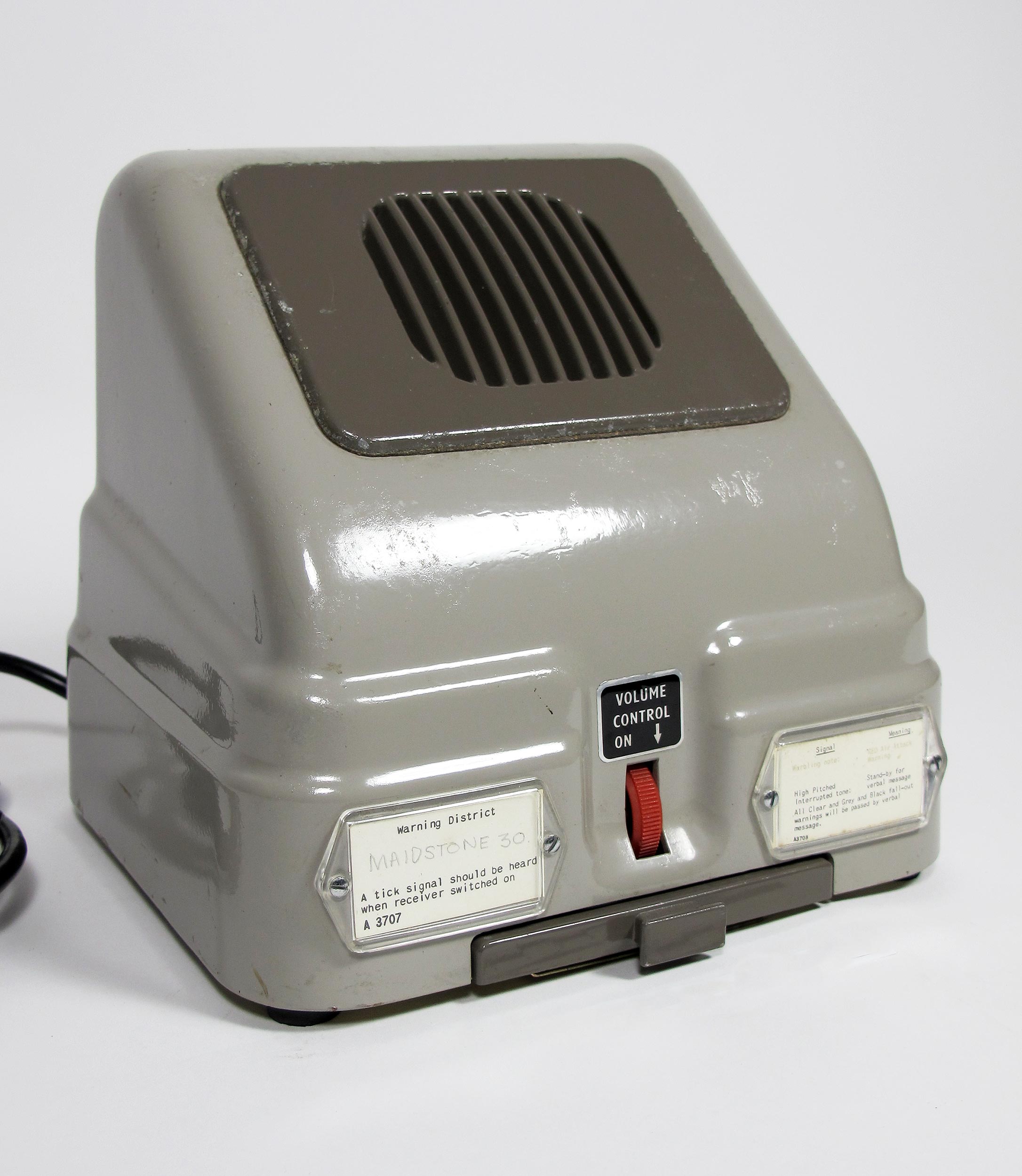 In the 1970s one of the rooms in the deepest level of tunnels, known as Dumpy, was taken over by the Royal Observer Corps. This was a largely volunteer organisation trained to provided first-hand data on the size and location of nuclear blasts.

Members were issued with personal dosimeters like this one, made by RA Stephen & Co., which could be worn easily, clipped into a pocket like a pen. They allowed each person to keep track of their own radiation exposure. The dosimeters needed to be kept charged. They were read by removing the plastic cap and looking down the tube to see how far a line had progressed along a scale. 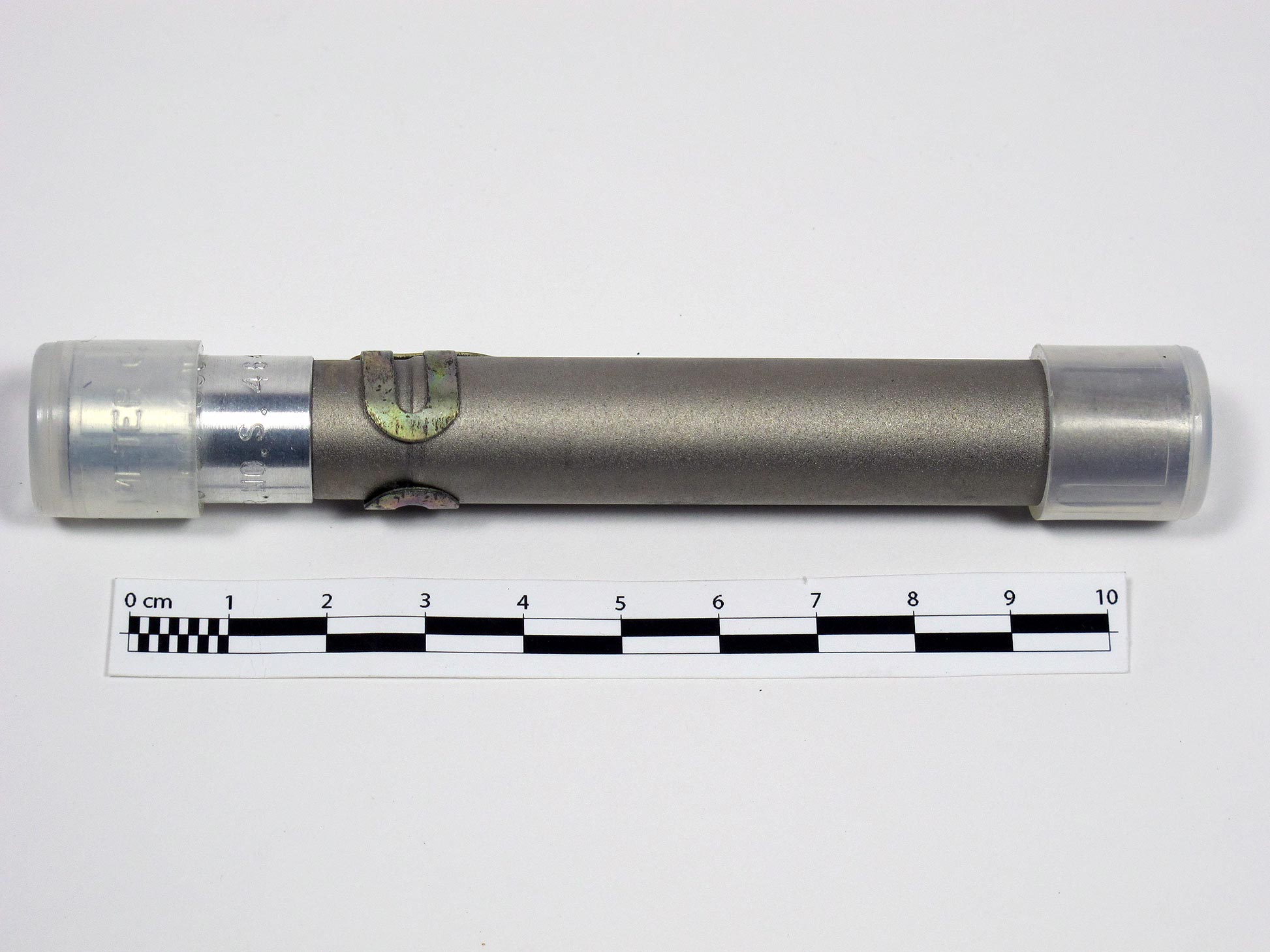 The walls of the tunnels themselves provide a record of many of the people who have worked within them.

The tunnels run through chalk, a very soft rock that can be carved easily and quickly without specialist tools, so the walls provided a good canvas for those service men and women who wanted to leave their mark. To date there is no record of all the graffiti in the tunnels but there are several hundred distinct pieces covering any wall not protected by brick or metal. Most of the names and dates which appear are from the Second World War, as in this example. 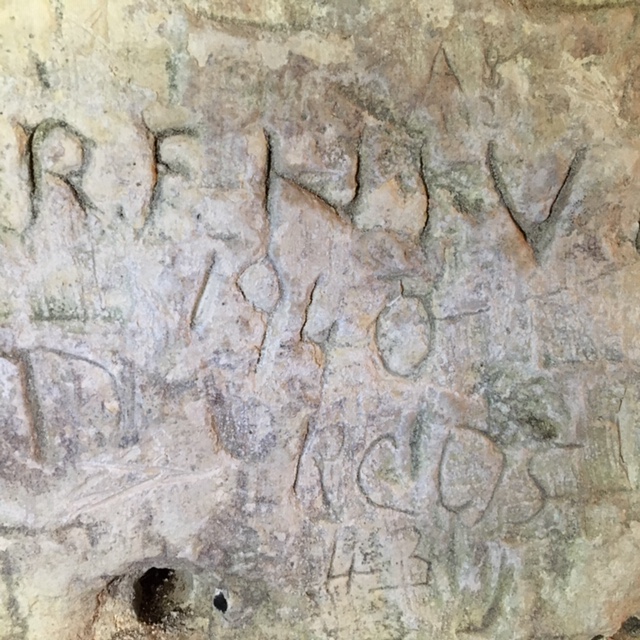