Rising from a modest background to become a friend of Elizabeth I and one of the richest women of her time, Bess was also a tireless and ambitious builder, whose houses symbolised her rise to wealth and power. 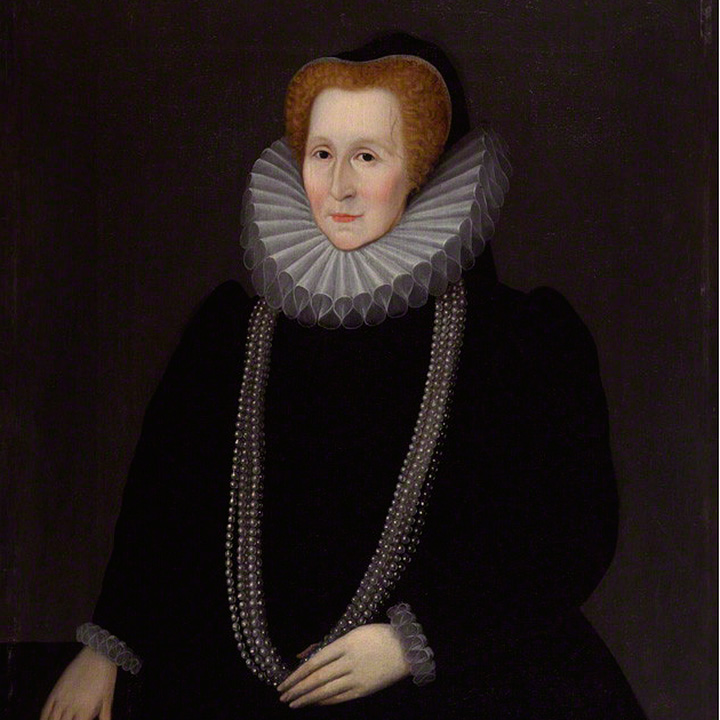 Bess was born into a family of respectable but impoverished Derbyshire landowners. They owned land in and around Hardwick and a modest manor house on the site of Hardwick Old Hall. Bess left home at the age of 12 to serve at nearby Codnor Castle, and by the age of 15 she had married Robert Barlow, heir to a neighbouring gentry family. He was only 13, and died the following year.

The teenaged Bess moved on probably to become a lady-in-waiting to Frances Grey, mother of Lady Jane Grey, which brought her into the top echelons of Tudor society. While serving there she met and married the twice-widowed Sir William Cavendish. Twenty years older than Bess, he had amassed a fortune under the Tudors, and in 1549 the couple were able – on Bess’s advice – to buy the Chatsworth estate in Derbyshire.

The marriage was happy and resulted in eight children. But in 1557 Bess, still only 30, was widowed again. Faced with Cavendish’s debts she soon remarried: her third husband was the elderly and rich William St Loe, the captain of Elizabeth I’s guard. He died in 1565, leaving most of his estate to Bess. By now wealthy enough to live independently, Bess nonetheless chose to marry yet again. Husband number four was George Talbot, 6th Earl of Shrewsbury, and one of the richest and most powerful men in the country.

Portrait of Mary, Queen of Scots, in 1578, during the time she was in the custody of the 6th Earl of Shrewsbury
© National Portrait Gallery, London

Bess cemented the union between the two families by arranging the marriage of two of her children by William Cavendish to two of Shrewsbury’s offspring (including his heir). The marriage of the four children took place in February 1568, just before Bess and Shrewsbury themselves tied the knot. Bess also ensured that Chatsworth and some of her other estates would remain under her direct control.

But the marriage soon ran into trouble. One source of strain was created when in 1568 Queen Elizabeth made Shrewsbury the custodian of Mary, Queen of Scots, after her forced abdication. Outwardly prestigious, the task proved both onerous and hideously expensive, and was to continue for 15 years. Mary was shuttled between Shrewsbury’s many houses, a drain on his and Bess’s resources and patience.

Shrewsbury was also enraged when Bess damaged relations with the queen by secretly engineering a marriage between her own daughter Elizabeth and Charles Stuart, whose heirs had a claim to the English throne. He also resented the time and money Bess was devoting to remodelling Chatsworth on a palatial scale.

A reconstruction drawing of the best bedchamber at Hardwick Old Hall, which would have been one of the most impressive rooms in the house
© Historic England (illustration by Liam Wales)

The couple spent increasing amounts of time apart, and in 1584 the marriage broke down acrimoniously, despite Elizabeth I’s personal efforts to reconcile the warring pair. Bess fled Chatsworth under threat of attack from her husband’s men, and retreated to Hardwick.

In 1583 Bess had bought her old family home there from the estate of her brother, James, who had died heavily in debt. As Shrewsbury continued to dispute Bess’s ownership of Chatsworth, Bess instead decided to focus her energies on a property that was undeniably hers.

Her first building project at Hardwick was to enlarge and remodel the medieval manor into the house now known as Hardwick Old Hall. Between 1585 and 1590 the house was transformed out of all recognition on a grand and lavish scale, embracing the latest architectural fashions. Designed piecemeal as the works went along, the hall provided a comfortable home for Bess, her favourite son, William, and his family.

Then on 18 November 1590, when the Old Hall was still incomplete, Shrewsbury died, leaving Bess with an even larger income than she had already. A widow for the fourth and last time, Bess was now in her early sixties, staggeringly rich, and – with two large building projects already behind her – she still had an insatiable enthusiasm for building. Now she had the means to start a new project – and this time one that she could begin from scratch, not compromised by the need to extend an existing house.

The towers of Hardwick Hall are all crowned by Bess’s initials, ‘ES’ (Elizabeth Shrewsbury), surmounted by a countess’s coronet

Completed in 1599, the new hall was an extraordinary achievement and one of the great houses of the Elizabethan age. Like many other high-status Elizabethan houses it had huge windows – giving rise to the saying ‘Hardwick Hall, more glass than wall’. It also developed some of the innovative features first seen in Hardwick Old Hall, most notably a great hall, two storeys high, running through the centre of the house.

Rather than one supplanting the other, the two houses were designed to complement each other. The Old Hall was still being worked on while the new one was being built, and after Bess and her family had moved across to the new house it provided useful extra accommodation for guests and servants.

Bess’s marble tomb effigy in Derby Cathedral. It describes her as the ‘aedificatrix’ (builder) of Chatsworth, Hardwick and Oldcotes

Bess’s last years were spent in building and furnishing Hardwick and another house nearby, Oldcotes, intended for her son William and his family (though no trace of it survives today). She died in 1608, aged over 80, leaving William most of her great estates, including the two Hardwicks.

Having risen through Elizabethan society to become the second most important woman in England after the queen, Bess of Hardwick used the fortune she had amassed to indulge the passion for building that defined her life and ensured her legacy. Her houses display her taste, wealth, and business acumen. Nowhere are her achievements more clearly proclaimed than at Hardwick, where all of the house’s towers are topped by her initials and countess’s coronet.

Top image: Portrait of Bess of Hardwick by an unknown artist, probably showing her in about 1590
© National Portrait Gallery, London