The Kids Rule! Guide to The World Wars

Welcome to the Kids Rule! Guide to the World Wars, where you can learn about England’s history through the World Wars and discover more about how the places we care for played their own part. You’ll find a video to watch, a magazine to read and more.

Watch: An interview with Admiral Ramsay at Dover Castle

We sent young English Heritage Members Thomas and Will to interview Admiral Sir Bertram Home Ramsay in Dover Castle’s secret war tunnels. Find out how he rescued over 330,000 allied troops from the beaches of Dunkirk in northern France during the Second World War.

During the Second World War some baking ingredients such as eggs, milk, butter and sugar were rationed, which meant that familes had to get a little more creative in the kitchen. Despite the challenges, there were still plenty of delicious deserts and cakes that could be made without using up precious supplies. Try our recipe for tasty syrup cake to see what you think of this wartime sweet treat!

Dover Castle in Kent played an important part in defending Britain and planning attacks from its secret tunnels during the Second World War.

During the Second World War, Dover Castle became the centre of an important defensive area including the harbour and the town. Around 12,000 soldiers were stationed in this region. Their task was to prevent Dover from falling into enemy hands. 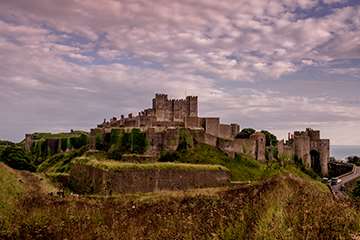 Overlooking a sea passage between England and France known as the Strait of Dover, Dover Castle became the headquarters for a Royal Navy force headed by Vice Admiral Bertram Ramsay. Its role was to keep the narrow sea between the two countries clear of enemy ships so that it was safe for Allied naval and merchant vessels. 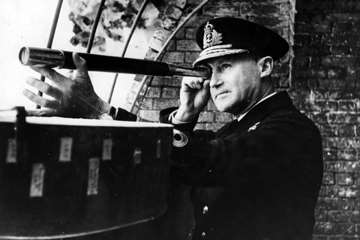 On the coast of France, the enemy had huge guns that could fire right across the sea to England. These guns fired hundreds of shells at Dover, causing great destruction and loss of life. The Dover area was so dangerous that it was nicknamed Hellfire Corner. 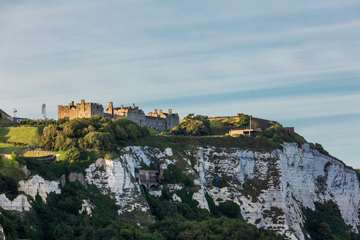 At the north end of the castle you can still see lines of square pyramid concrete barriers called ‘dragon’s teeth’, which were designed to block the movement of enemy tanks and other vehicles. There is also a concrete pillbox built into the castle wall, which contained an anti-tank gun. 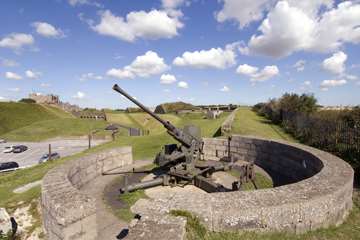 Under Dover Castle are large rooms connected by tunnels dug out of the chalk of the White Cliffs. These rooms, safe from enemy bombing, contained important  headquarters for the soldiers and sailors defending the Strait of Dover and the coast. There was even a hospital there. 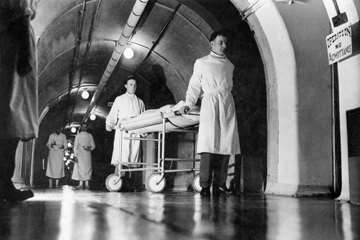 This housed a large semi-circular table marked with a map of the Dover Strait and the English and French coastline. It was used by men and women to plot the positions of enemy ships, and can still be seen today. 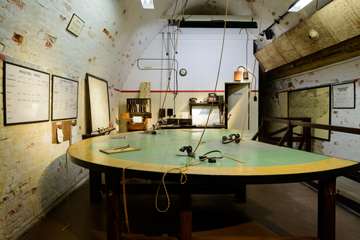 In 1944, soldiers in Dover Castle took part in a top-secret operation to trick the enemy into thinking that the D-Day landings would be in the Calais area. In reality, the landings were in Normandy – and the trick worked. 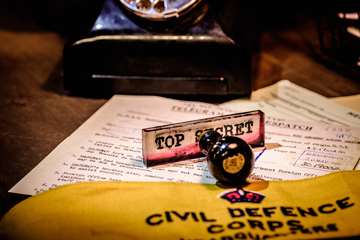 On The Front Line

The prime minister, Winston Churchill, came to Dover Castle in 1940 to inspect the defences. France was in enemy hands and Dover and the south coast were on the front line in the defence of Britain. 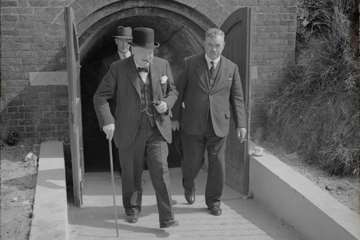 In May 1940, a large part of the British army and many French and Belgian soldiers were trapped at Dunkirk in France, in danger of being captured by the enemy. From Dover Castle, Vice Admiral Ramsay organised the rescue of 338,000 people in Operation Dynamo, sending all kinds of ships and small boats to bring them home. 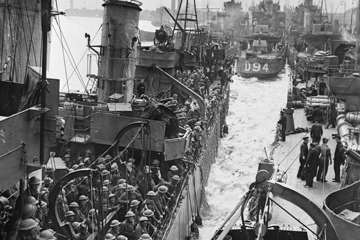 Quiz: Could you make it as a special forces soldier?

Try our quiz to see if you would make it as a special operations paratrooper...

Read Kids Rule! magazine online to learn about the World Wars. Meet Wrest Park's Plumber and electrician in 1914, discover the role Dover Castle played in defending Britain during the war and take our quiz to see if you could make it as a special forces soldier.

The Kids Rule! magazines are designed to help you discover more about our properties through fun facts, illustrated stories and games.

In every issue of your Kids Rule! magazine we’re giving away a free poster showing how people lived in England through the ages. If you missed the last magazine, don’t worry as you can still get your hands on the previous posters online.

Each of the posters follow on from each other, allowing you to create a mega timeline of English history! Don’t miss the poster of life in wartime England, which is due to appear in the next issue of the magazine and is available to download here.